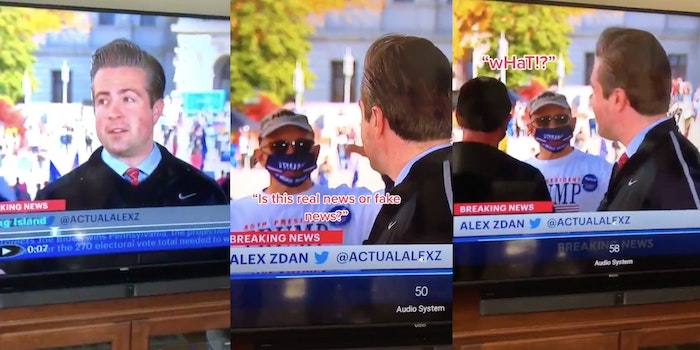 Reporter says he told Trump fan to ‘buzz off,’ not ‘f*ck off’ after broadcast goes viral

Biden supporters are heralding the reporter as a hero.

A reporter is going viral online for his confrontation with a Trump supporter who asked him if he was “fake news.”