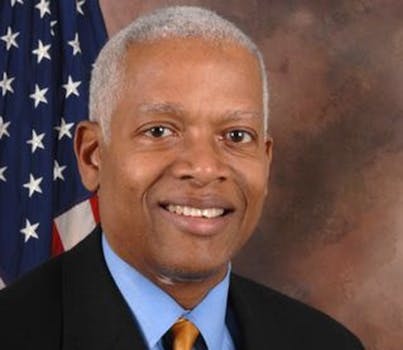 The Georgia Democrat has launched a new site called apprights.us, dealing with smartphone privacy issues, and is reportedly considering signing the Declaration of Internet Freedom.

“What we’ve learned from SOPA [the Stop Online Piracy Act] is that we tried to shove legislation down the public’s throat and we failed. We learned we’d better consult the folks who use the Internet before we regulate it,” Johnson said in a speech on the House floor Thursday.

To that end, he’s set up apprights.us, a website to crowdsource ideas for how to legislate ways to keep smartphones from violating user privacy.

“We’re asking what smart policy looks like before we write a bill. We’re using the internet to make sure we don’t break the internet,” he said.

He’s not the first member of Congress to ask the Internet for advice on how to preserve its free existence. In June, Representative Darrell Issa created what he called a “Digital Citizen’s Bill of Rights” to crowdsource a document that established what constituted a free citizen on the Internet.

That broke ground for the similar, but far more popular, Declaration of Internet Freedom, which was created by a coalition of Web luminaries in the private sector. Issa quickly signed it, becoming the first member of Congress to do so. Only one other, Sen. Ron Wyden (D-OR), has added his name.

In promoting apprights.us, Johnson—or a member of his staff using his name—even posted a link to the site on Reddit’s notoriously tough r/politics subreddit to drum up support, though the thread didn’t take off.

In that thread, however, Johnson (or his representative) noted that he’d seen the Declaration and was considering it.

“Yes, the Declaration has been brought to my attention. We’re taking a close look at it,” he wrote.