“People were crying, yelling, praying. I was in complete panic. Cold.”

He was jolted from his nap during a flight from the Ethiopian capital of Addis Ababa to Rome by the sound of oxygen masks falling from the ceiling.

“[T]he plane suddenly started dropping down for about eight seconds then went fast back up, then finally stabilized,” Reddit user OK3n recounted. “People were crying, yelling, praying. I was in complete panic. Cold.”

OK3n’s plane had just been hijacked.

Monday evening the Boeing 767-300 plane with 202 passengers and crew was allegedly hijacked by the plane’s co-pilot. The hijacker landed the plane in Geneva, “turned off the plane’s engines, opened the cockpit window and lowered himself to the tarmac with a rope before seeking asylum,” the Sydney Morning Herald reported.

One of the first people to report the hijacking was former Reuters social media editor Matthew Keys.

First with the alert on ETA702’s hijacking. Sign up for free alerts here – http://t.co/WAipyFgkMA pic.twitter.com/4ZJJ3vUlHf

“Upon landing, the plane continued to a taxiway, where the co-pilot climbed out the window,” the Herald added. “He ran towards security officers and identified himself as the hijacker. He claimed that he was in danger in Ethiopia and requested asylum.”

While the investigation into what exactly happened on ET702 continues, OK3n, who was returning to Rome where he worked, shared what was going through his head during the six hour flight:

I was thinking that maybe the pirate wants to deplete the fuel and stall the plane. We were still at the same altitude, we were not going towards land. After this terribly long sequence of turns, the plane started going down towards land at a normal speed. When we reached the clouds, the wings deployed completely like a normal landing, but it seemed to me like it wanted to cover more area to do more damage. I was thinking: That’s it, we’re crashing into something. Looking down to the window I see a light, two, three, I can’t see what’s ahead. It’s still dark. We’re going fast, we’re flying over many houses now. And suddenly, under us, the airport. Just thinking again about this moment makes me shiver. We are landing. WE, are LANDING. Is this true ? Is this a miracle ? We touched the ground, and the plane eventually stopped completely in a bit away from the plane entrance to the terminal. I remember crying, while most of the people (Italians) were applauding.

OK3n provided the following photo of his luggage tag as proof of his story. 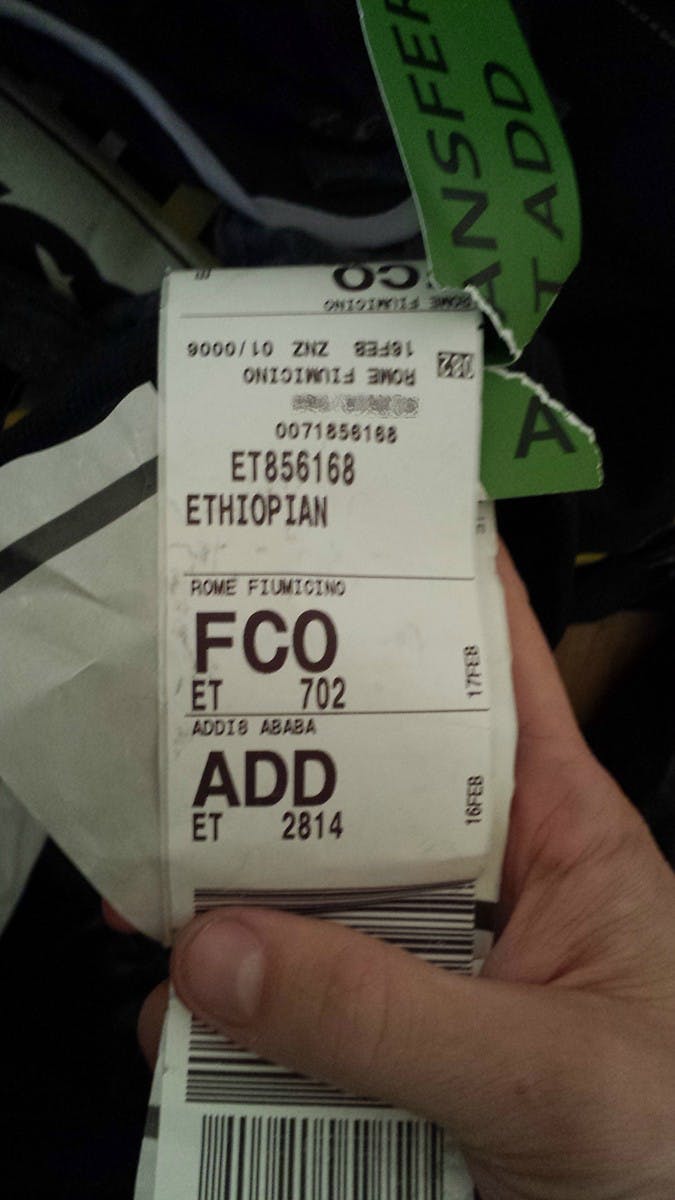 Photo by infomastern/Flickr (CC By SA-2.0)