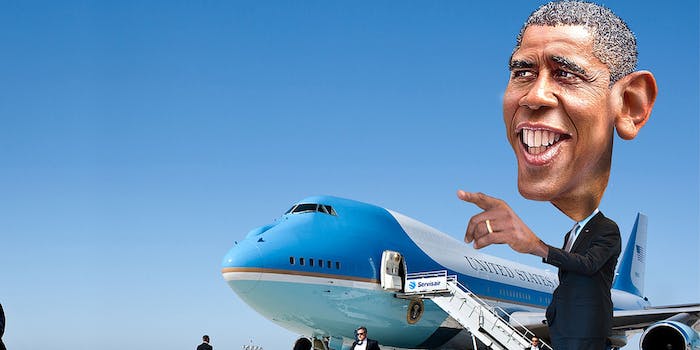 The commander in chief left his mark in Sweden.

While on his way to the G-20 meeting in St. Petersburg, Russia, President Barack Obama made a pitstop in Sweden to meet with its president, visit the country’s premier technical university, and, like humans often do, use the lavatory. Some prankster put up this sign in the now-legendary Royal Institute of Technology (KHT) stall to commemorate the occasion. 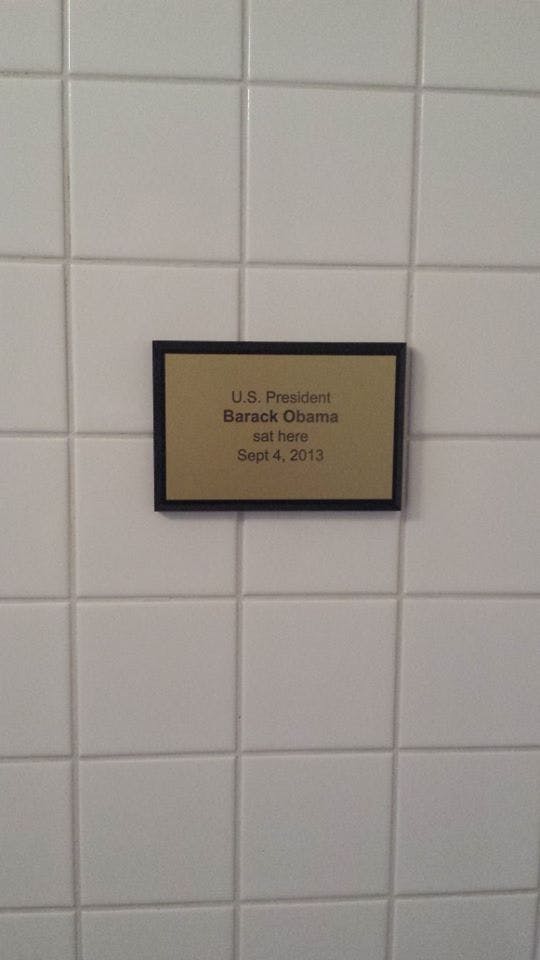 Obama’s trip to Russia is the first he’s made since former National Security Agency (NSA) employee Edward Snowden was granted asylum in Russia following his leak of secret documents in June.

The image blew up on Reddit’s r/funny section Thursday. “That’s one of Obama’s own signs,” user legoclaes joked. “He keeps them in his pocket and puts them up whenever he feels like it.”