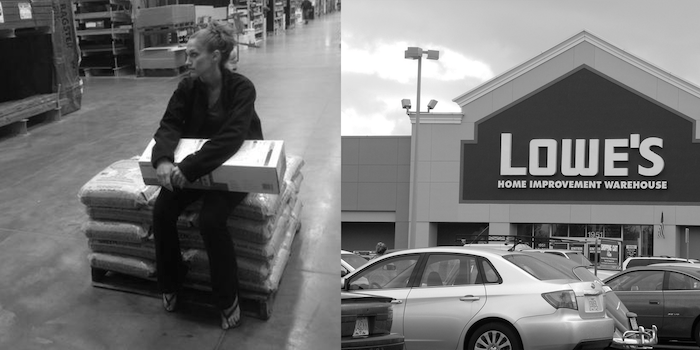 Gender roles reverse as the shopper becomes the dejected spectator in the hardware store.

If there’s one thing more boring than watching cement dry, it’s having to watch someone buy it.

That was the case for one unlucky girlfriend who recently accompanied her man to Lowe’s. Not only was she bored out of her gourd, a photo of her sitting on a pile of cement mix with a look of despair on her face has been turned into the latest, greatest meme. It’s called Lowe’s Girl.

The photo of the woman has been picking up traction over the past day after her boyfriend posted it on Reddit’s r/funny section, where it’s collected more than 2,400 comments, 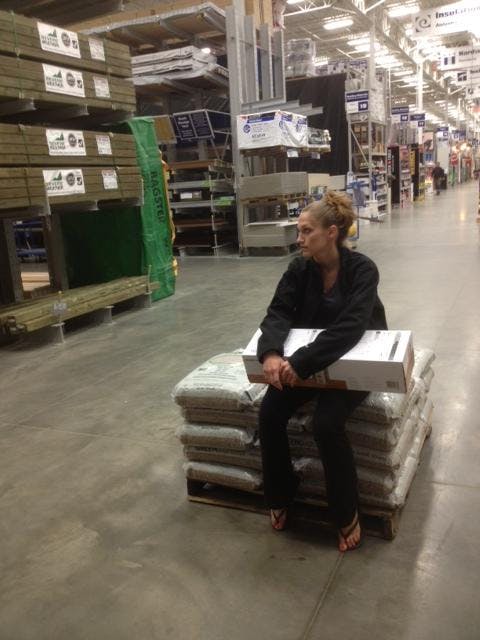 “Going to Lowes is a store we both agree on,” the boyfriend, dontbthatguy, commented. “But walking in there the whole place is kind of set up like a power struggle. Given, the place in general favors males, but the way it is set up makes me wonder if they did it on purpose. The far right of the store are all the appliances, bathroom and kitchen remodeling, paints, and room organizers. While the far left are tools, lumber, building supplies and hardware. Making it all the way down to the far left was clearly sapping her energy and she had to find a seat. Now she knows how I feel when I am in Forever 21.”

Check out some of the image macros of Lowe’s girl courtesy of Quickmeme. 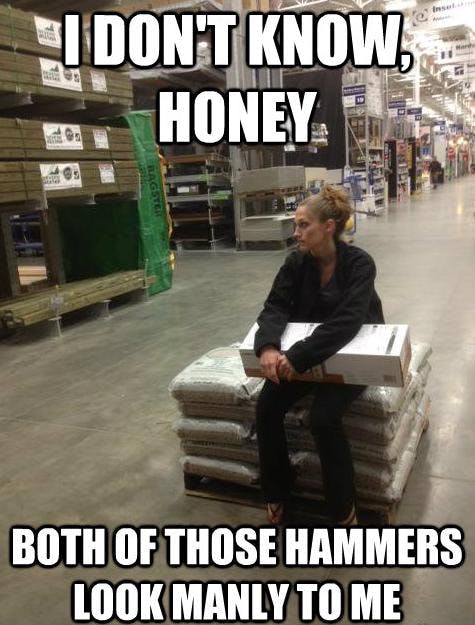 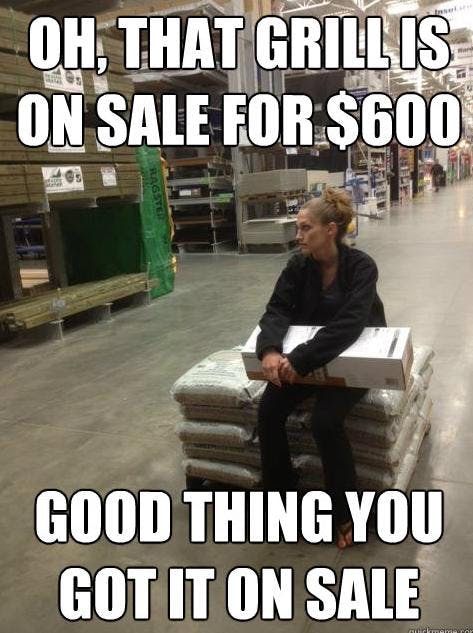 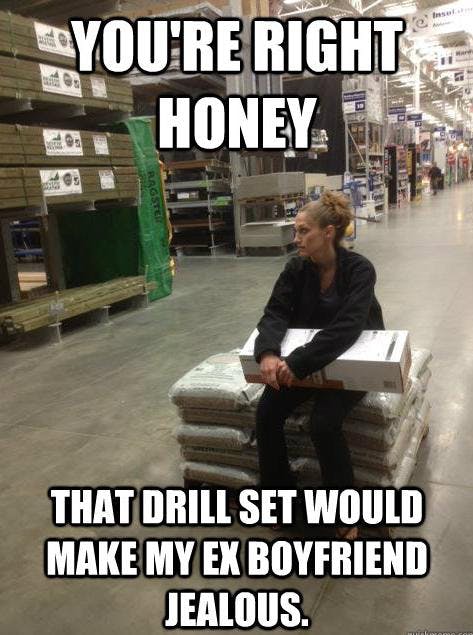 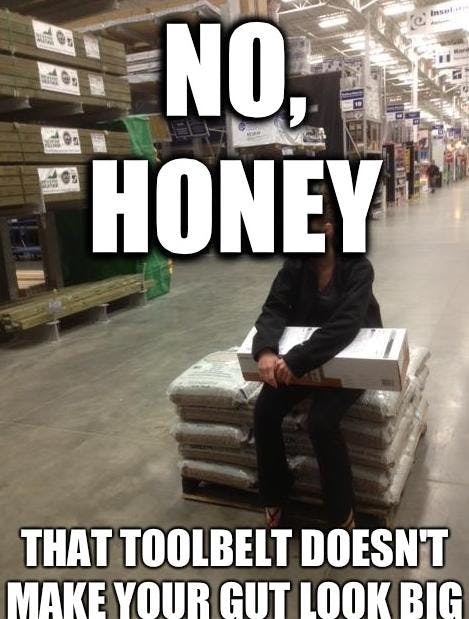 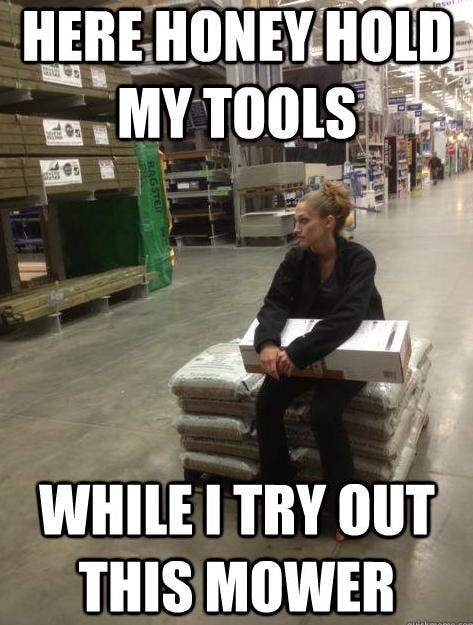