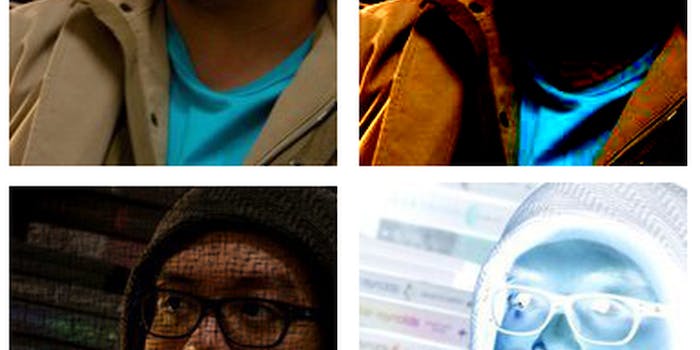 As SolInvictus, Ian Miles Cheong moderated some of Reddit's most popular sections. He was also a “social media consultant” for hire.

The journalist and editor of gaming site Gameranx had for years promoted his content on social news site Reddit, where, under the pseudonym SolInvictus, he served as a volunteer moderator at some of the site’s most trafficked forums.

At some point, redditors learned about Cheong’s surreptitious link-hawking and tipped off the site’s staff in January. Reddit, which sees 35 million unique visitors a month and is the self-proclaimed “front page of the Internet,” banned him about a month later.

However, Reddit staff had another piece of intel on Cheong—something that, up until now, ordinary redditors could only suspect. Cheong wasn’t just promoting his own site’s content on Reddit.

He was a redditor for hire.

Boston-based news site GlobalPost, whose content Cheong frequently submitted to Reddit, confirmed to the Daily Dot last week that it had hired Cheong as a “social media consultant” through its marketing agency.

Reddit prides itself on user-submitted and curated content unsullied by manipulative social media marketers, which is reflected in the site’s strict anti-spam policies and virulent anti-spam culture. Money corrupts Reddit’s egalitarian content-sharing system by tipping the scale slightly towards parties with a vested interest in a submission’s success.

But the proof that a top community member had traded his influence for money shows how Reddit’s content independence is under constant threat from sophisticated marketing agencies and influential users who want to cash-in on their hard work and reputation.

As SolInvictus, Cheong was no ordinary redditor. During his four years at Reddit, he’d taken up moderator positions at some of the site’s largest forums, including r/WTF, r/AskReddit, and r/Politics, each of which boast more than 1 million subscribers. (Since SolInvictus did not create those subreddits, he could only join with an invitation from another member of the moderator team). Redditors loved his submissions, too. He had accumulated nearly 350,000 link karma (a value calculated by subtracting downvotes from total upvotes) on the site.

Cheong isn’t the first person Reddit’s banned for his social media consulting ties, according to Erik Martin, Reddit’s general manager. There were “others in Reddit’s early history,” he said. But with the site growing at geometric rates every year, it’s hardly a stretch to call Cheong the most influential community member to ever be banned.

Rick Byrne, GlobalPost’s vice president and director of communications and marketing told the Daily Dot he’s not sure when the company’s marketing agency, Boston-based Antler, first approached Cheong. But it was shortly after GlobalPost noticed traffic surges originating from Reddit. Cheong, in particular, frequently linked to GlobalPost content. Antler soon approached him with a consultancy offer.

“It was our understanding then, and now, that this is a practice followed by many other news organizations looking to increase visibility among social bookmarking sites,” Byrne wrote in an email. “As a consultant, SolInvictus continued to submit GlobalPost content; and through our agency, we would often suggest GlobalPost stories we believed the Reddit community would find interesting.”

“I work for Antler as a marketing consultant. It means coming up with strategies on how to build an audience and not spamming reddit. Spamming might be great for some short term benefits but it’s not great for building a brand.”

There was no formal contract between Cheong and Antler, Byrne said. He also emphasized that the company never required Solinvictus to post specific stories to Reddit.

“The stories he did post were always his decision on what content he liked.If we had breaking news our agency would certainly let him know. Or, if he felt there were topics that the Reddit community was specifically interested in, he’d let them know—that’s how it worked.”

That may be a moot point. Once Cheong signed that consulting contract, he had a vested interest in the success of the GlobalPost links he submitted to Reddit, whether they were articles he chose or not.

Marshall Kirkpatrick, former senior writer at tech news site ReadWriteWeb and current CEO of social media search engine Plexus Engine, reported on similar clandestine “social media consultants” at social bookmarking site Digg in 2008. He told the Daily Dot, “Some powerusers have an economic interest in their submissions hitting the frontpage because that’s the source of the credibility that’s the foundation of the high consulting rates they charge.”

That’s part of why spamming is one of Reddit’s most serious offenses and is usually met with a summary ban. The site’s success—to the tune of 2 billion pageviews a month—comes from empowering its users to choose and vote for content.

While Reddit’s spam policies are strict, its rules in general quite spottily enforced, and so it’s understandable why a media company might believe there’s nothing wrong with a little spam.

The user agreement forbids a redditor from submitting any content that “constitutes junk mail, spam, advertising, and/or commercial offers.” But the same contract also forbids posting pornography, something Reddit has allowed to proliferate. This discrepancy is reflected in Martin’s frequent admission that the user agreement is in dire need of an update.

“It’s a generic legal document and not specifically relevant to reddit,” he wrote last September.

The occasionally loose rule enforcement and Reddit’s democratic system makes it easy for social-media marketers to justify spam: If people are voting for your content, then it certainly seems like you’re doing things right. In fact, Martin hinted that Reddit is far more concerned with “voting rings”—groups of people upvoting a post en masse to artificially boost its standing—than with individual users spamming Reddit with links.

“The problem is that some of these social media people on behalf of publishers, they’re not just submitting, they’re manipulating the votes. That’s the same as spamming. The same as trying to take shortcuts in any other facet of the publishing.”

Reddit’s most successful contributors, meanwhile, spend countless hours every week on the site. Moderators like Cheong are unpaid volunteers, yet they’re largely responsible for keeping Reddit running. It stands to reason that some might want compensation.

Reddit doesn’t quite prohibit self-promotion, though the site’s FAQ warns that posting your own content leaves you on “thin ice.” Cheong noted that Reddit’s latest hire, David Croach, occasionally submitted content to his own site, Pikigeek. YouTube star Freddie Wong often submits his own videos to Reddit, where they are quite well-received.

I, too, have occasionally submitted my own stories to Reddit.

So while Cheong denied shilling for others, he readily admitted he posted his own Gameranx material.

“I’m far from being the only high-profile user on the website who [submits his own content],” Cheong told the Daily Dot “I simply wasn’t as careful about making friends and enemies as I should’ve been.

“It’s a pretty common thing. Personally, I don’t see why it’s as big a deal as it is because voters posts on reddit become popular based on their content. If content is good, then it gets to the front page.”

So why did Reddit ban Cheong? Was he involved in voter rings? We may never know. For his part Cheong denies involvement in vote manipulation, and Reddit does not comment on specific bans as a matter of policy. We do know, however, that Cheong was banned shortly after GlobalPost admitted its relationship with him to Reddit staff.

It’s easy to reduce spamming on Reddit to simple ethical conflicts: us versus them, good versus bad, and innocent redditors versus evil marketers. But Cheong’s case shows it’s more an issue of ever-competing and equally valid self-interests.

GlobalPost, which launched in 2009, is not comparable to larger entities like News Corp, which can flaunt million dollar social-marketing warchests. It’s a small news startup featuring original reporting from a team of 70 correspondents around the world. It hopes, as it states in its mission, to “fill the enormous void that has grown up in coverage of the world by U.S. news organizations.”

Like any other news organization in the digital age, GlobalPost survives on pageviews. It hired Antler to help it get those views—a common practice, as Martin notes.

“Most of these publishers, they don’t really understand all this,” Martin said. “So they hire some company who pretends to or does, and they’re not aware of the sort of shortcuts and tactics that these social media companies take.”

Reddit knows that social marketing undermines the community and, therefore, its bottom line. It necessarily takes a no-nonsense attitude towards spamming. Media organizations, meanwhile, need readers to survive. Reddit is a great place to find them, especially when a redditor, who might just want to make a buck on the side, agrees to help you out. And when a shower of upvotes come your way, it’s easy to believe you’re doing everything right.

It’s impossible to know how many other redditors, if any, are involved in similar social media consulting. But the temptation will always be there. All it takes for corruption to sprout on Reddit, like everywhere else in the world, is a small sum of cash—and some creative justification.