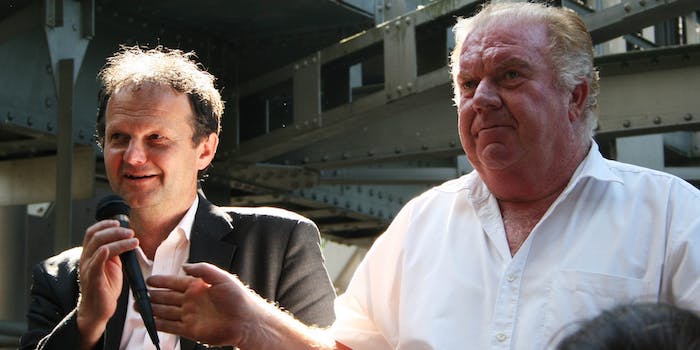 There's a Finnish word for drinking alone, at home, in your underwear.

Did you know that French—the so-called “language of love”—has no word for “sexy?”

That’s one of the many bits of trivia you’ll pick up on Reddit’s  r/DoesNotTranslate. Established in March 2013, the community collects words and phrases in certain languages that simply have no counterparts in other tongues.

We scoured the subreddit and found 10 of the absolute best words and phrases that lose their luster when an English version is attempted.

1) The Tagalog phrase “Lukso ng dugo” means “jumping blood.” It’s a good thing we never developed the need for that in English because the visual is terrifying.

2) The German word “Kummerspeck” is the term for binge eating due to depression, and the weight gained from doing so. The term literally translates to “grief-bacon.” It seems perplexing to we native English speakers that bacon could ever have anything to do with depression.

3) The old Yucatec-Mayan term “In Lak-ech” literally translates to “I am another you.” Ancient Mayans believed all beings were connected and this was a popular greeting. The term no longer exists because billionaires do not wish to greet garbage collectors in this manner.

4) The Italian term “Papabile” is used for someone who is able to be the Pope. Those poor non-Catholics simply do not know what they’re missing out on here.

5) The Swedish term “en svesik tiger” translates to both “a Swede keeps quiet” and “a Swedish tiger.” This sounds like it could be dangerous for many Swedes, wondering why others are screaming for them to run away from the approaching quiet person.

6) The Filipino term “kawawa” conveys pity, but without condescension. We’d all like to see Mr. T burst through a door in an underground hideout in the Philippines and proclaim “Kawawa!”

7) The Finnish term “kalsarikannit” means to get drunk at home, alone, in your underwear. Why have they not made an equivalent word for this in English, Reddit’s native tongue?!

8) The German word “Backpfeifengesicht” is a term for someone who simply deserves a good punch to the face. The poster claims that there is no English equivalent to this, but we all know that it’s “hipster.”

9) The Spanish term “madrugada” refers to the time of day that falls between late night and early morning. Many redditors like to stay up until madrugada.

10) The Japanese term “Kenjataimu” describes that short amount of time after orgasm when a man is able to think clearly. They would have developed an English word for this, but chances are, in the time it takes to say it, the period it describes would have elapsed.