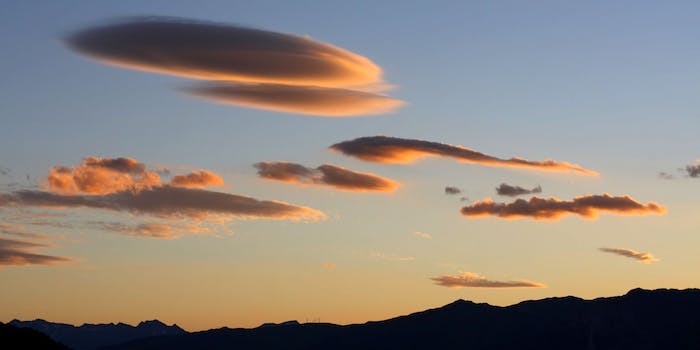 Redditors cloudsource facts about our sky

In elementary school, every student is taught how clouds are slow-moving masses of condensation that hover above the Earth. But what if we’re wrong? What if these puffy masses are really just a playground for the likes of Superman or Neo from the Matrix series?

These are some of the questions Reddit and LiveLeak users had Tuesday after seeing a video of a cloud over Canada rapidly changing its shape, almost as if someone were swatting it with a fan.

Thanks to a handful of Reddit sleuths, including biologist Unidan, an explanation behind the dancing clouds was found.

“You’re looking at what is known as a ‘sun dog’ which is a light patterning effect caused by ice crystals in the atmosphere,” Unidan explained. “The reason it’s changing is that the cloud has an electrical charge (i.e. a thundercloud), and this charge causes the ice crystals to rapidly align and reorient themselves as the electric field does, too! This change in the orientation of the sun dog crystals shifts the pattern of the light, causing the effect seen in the video!”

Since the video was uploaded to LiveLeak on Friday, it has collected more than 337,000 views. Check it out below.