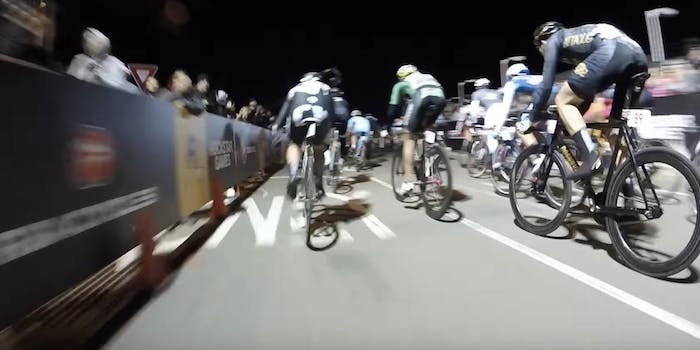 They say that once you learn how to ride a bike… OK, do I really need to make a joke here? Let’s just get to the people hurting themselves.

Even for the Red Hook Criterium, a fixed-gear cycling race in Brooklyn that features spectacular crashes every year, this was a remarkable disaster. A stalled pace motorbike caused a massive pileup right at the starting line of the finals, injuring at least seven and delaying the event an hour.

Watch the carnage from every angle.

If this incident doesn’t convince you that biking is best enjoyed as a carefree hobby rather than a competitive sport pursued on what many have called an unnecessarily dangerous course, then please enjoy this compilation of people consistently wiping out on a single curve.