Are you tired of looking at your pet’s ass?

If you’ve ever asked this question of yourself (and let’s face it, who hasn’t), then the Rear Gear Etsy store is here to help. It sells accessories for your cat or dog, but not the usual doggy jackets or cute miniature hats. No: Rear Gear specializes in butt covers. Its charming tagline is “No more Mr. Brown Eye.”

Just hang this bad boy on your pet’s tail and you can totally pretend that it’s not a living, pooping animal. 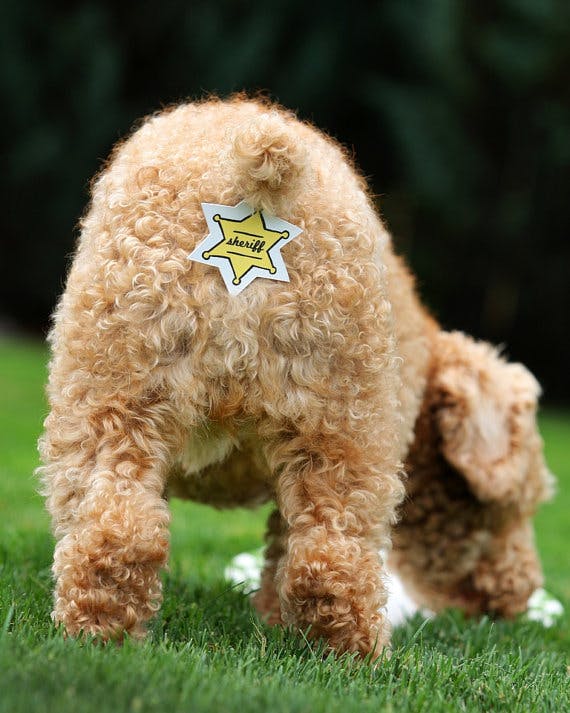 The butt covers have been on Etsy for years. They come in various designs, including cupcakes, disco balls, biohazard symbols, and even custom versions if you want to conceal your dog’s “unsightly rear” with a company logo or cute family photo. And what better way to advertise this product than with a woman smiling and giving a thumbs-up sign next to her dog’s butt? 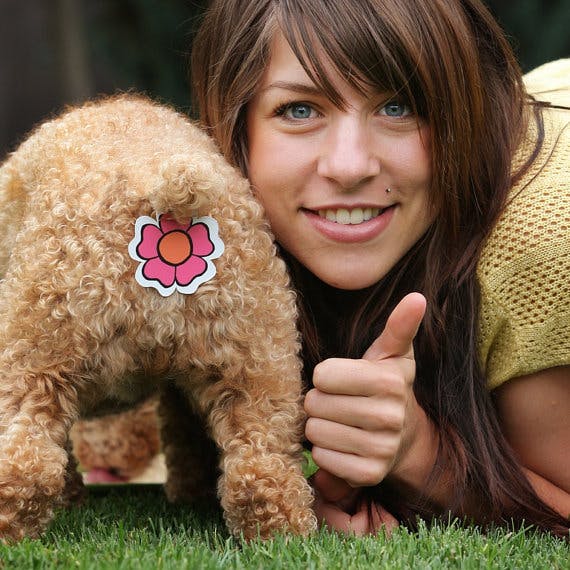 Rear Gear is apparently “handmade in Portland, OR and offers a cheerful solution to be-rid your favorite pet’s un-manicured back side.” Etsy truly is a magical place.