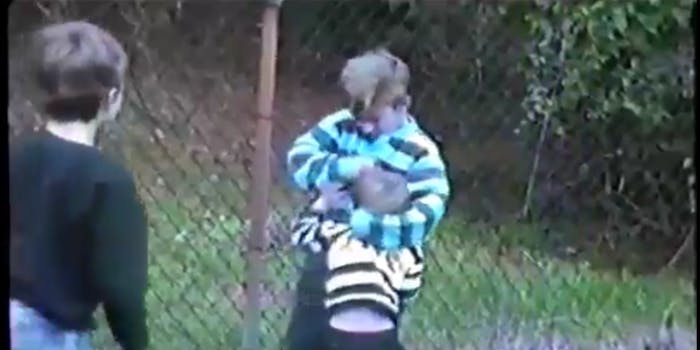 “Your scream is over-the-top here, but it really does convey the sound of pride leaving the body.”

This clip is from December 2011, but it just surfaced on Reddit today. In it, adult brothers John and Richard look back on a home movie from 1989, almost as an anthropological study of their younger selves. They give the clip the DVD commentary spin, introducing characters and commenting on exposition. A minute in, there’s an Air Jordans reference to establish context.

“Your scream is over-the-top here, but it really does convey the sound of pride leaving the body.”

“When we were shooting, I was really kind of embarrassed by my performance, but looking back, I feel I really did embody the role of middle brother.”

You should also absolutely check out their other commentaries on their classic, embarrassing dance and vacation videos.