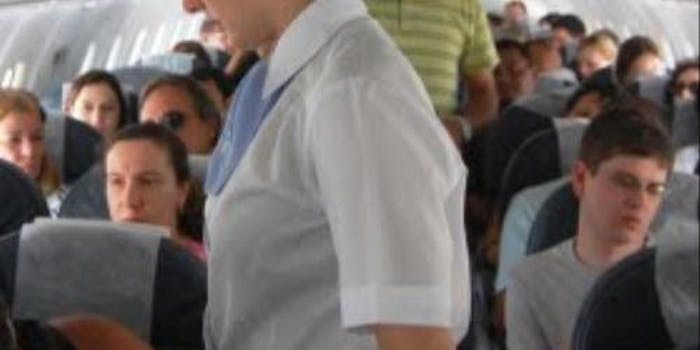 Racist airline passenger story too good to be true

Snopes has debunked this story about an unpleasant airline passenger who got her comeuppance. But Facebook users, it's the princple not the truth that matters.

Facebook users want to believe the story of an unpleasant racist airline passenger who got her comeuppance.

As the story goes, an older white woman complained rudely that she was seated next to a black man. A flight attendant apologized and offered to move the passenger to first class so as not to be seated next to “an unpleasant person.”

But she was speaking to the black man—not the racist.

The tale (and its accompanying photo of a flight attendant) have been liked by over a quarter million people and shared almost 130,000 times.

Of course, the way the story ends with an ironic twist hints that it may not be entirely true.

In fact, Snopes has debunked it as an oft-repeated online legend.

A nearly identical story reaches back at least as far as 1998. In that version, which immediately followed apartheid, the woman is from South Africa and riding on British Airways.

The photo has also been passed around lately, accompanying a version of the story that takes place on Brazil’s TAM Airlines.

While it’s unclear if the majority of people who share the story realize it’s just a myth, at least some who share it seem convinced.

“Im assuming this isnt the real picture , an aircraft of that size would not have 1st class on it,” commented Stevie Wilkinson.