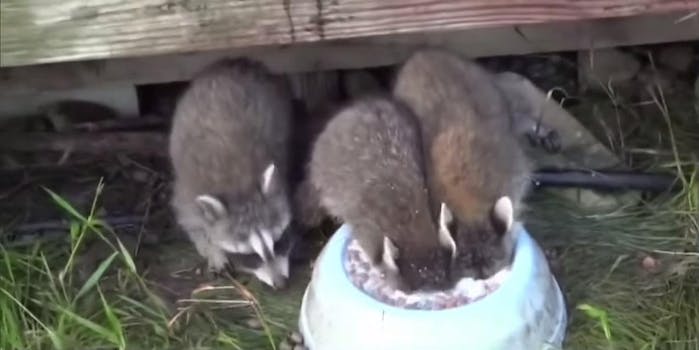 Hungry raccoons stuff their faces into a bowl of milk

This is the best thing that's ever happened to these raccoons.

Who needs manners when you can just stuff your face into your food?

In a great case of getting the best of both worlds, these three raccoons are absolutely thrilled when they’re presented with a bowl full of soggy food in milk. One is so obsessed with the meal that it gets territorial on its buddy that tries to have a bite. It seems to only come up for air.

The graphic on the video roughly translates to “Raccoon drinks milk with style,” and you’ve got to admit it: slurping down like there’s no tomorrow is some sort of style.