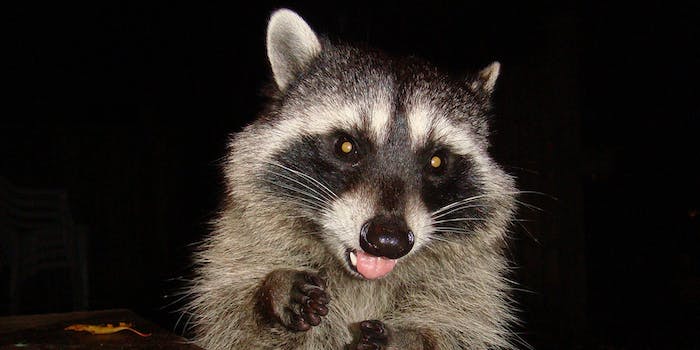 We know all too well that raccoons love their treats. There’s the little fella who swiped a donut and the one that’s practically a living garbage disposal. And now we have the raccoon that’s just trying to treat itself to some cotton candy—before sugary tragedy strikes.

Unbeknownst to the fact that cotton candy and water do not mix, the raccoon tries to wash its sweet snack in a puddle. It dissolves away, just like its hopes of enjoying dessert.

Stick in there, buddy. At least you know next time to gobble that cotton candy up before it disappears.