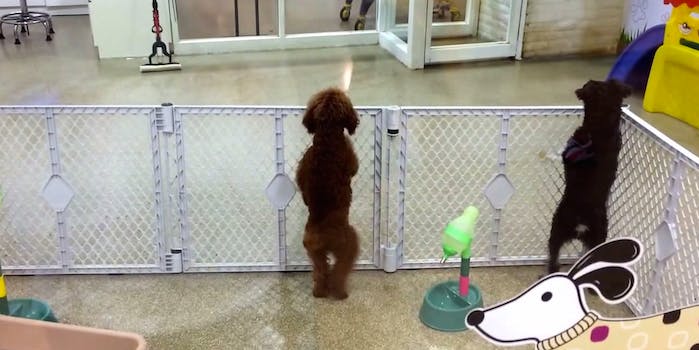 Watch this puppy do the ‘I see my owner’ dance

The Snoopy Dance is real.

This is easily the best day of this dog’s life—well, until the next best day ever.

There’s no context as to how this dog ended up in a dog pen or how long it had been there before spotting its owner across the room on the other side of a glass door. But all of that is easily forgiven once the owner stops by to take him home.

The Snoopy Dance is real, and it is wonderful.

The original video was posted three months ago, but a low-quality repost of it is going viral, and people have been adding music to make it look like the dog is dancing along to something before being reunited. Either way, that is still one excited dog.