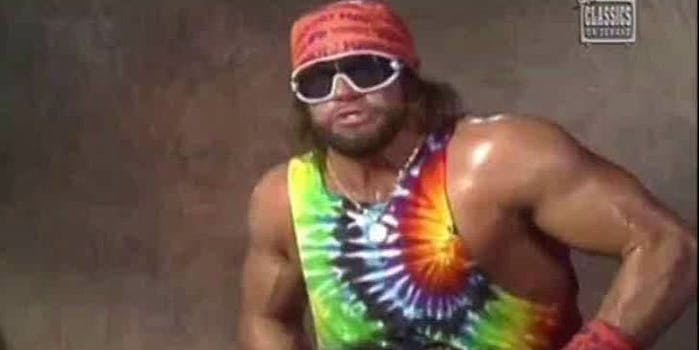 Wrestling interviews are so much better without the words

All the huffing and puffing without the trash talk.

Nowhere is professional wrestling’s flair for the dramatic more apparent than in promo interviews.

Before most blockbuster matches, superstars cut backstage interviews, huffing and puffing about their opponents and what they’re going to do to them. It’s the sort of hilariously iconic stuff that turned Hulk Hogan and Macho Man Randy Savage into household names.

Now YouTuber Carlos C. has put those classic shorts from the golden age in the 1980s into a new context, cutting everything but the huffing and laughing between words.

It’s got a certain rhythm to it, don’t you think? The intermission featuring footage from Superman and Creepshow is also a nice touch.