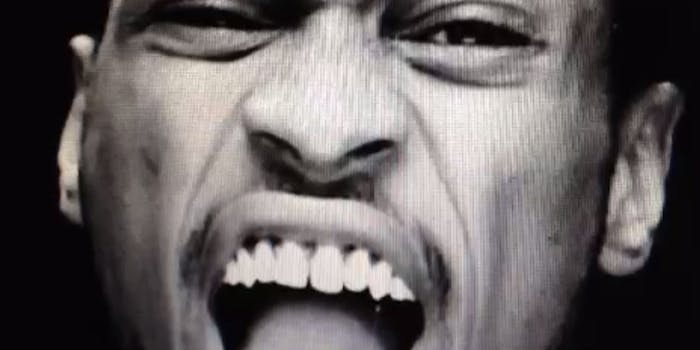 The world would be a better place if Prince and D'Angelo would just join Vine.

The world would be a better place if Prince and D’Angelo would just join Vine already. Since that’ll never happen, we’re left to theorize ourselves what their attendance on the six-second-video app would entail.

Over the weekend, my buddy Pete put together this six-second mashup of the two iconic singers screaming toe-to-toe. It’s a fascinating display of cunning curiosity—a two-headed wail that serves as the finest in social-media soul.

“Prince has one of those all-time screams that’s so necessary in his music,” Pete told me. “And you know that Prince is D’Angelo’s personal hero. You can absolutely hear the influence Prince has had on his music, but only once in a while do you get that guttural howl from D’Angelo.”

The guttural howl he speaks about occurs mostly on “Untitled (How Does It Feel),” the singer’s most iconic track. It’s the same kind of scream you hear on Prince’s “Something in the Water,” something Pete learned quite quickly. He queued up both tracks and left a little wiggle room on the former, letting it play subtly in the background of Prince’s contribution before switching over to D’Angelo.

“The screenshot from the ‘Untitled’ video might actually match up perfectly with the Vine,” he said. “It was a little harder to find the Prince image, but I liked this one because Prince is in the middle of not giving a f**k.”

Pete said that it took him three or four attempts to get the timing right. Here’s the Vine, which I’ve had on endless repeat since yesterday afternoon (requires sound).