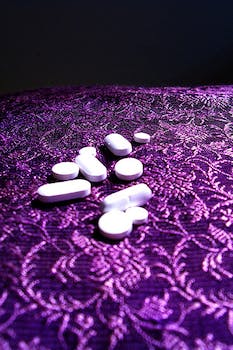 Browsing the Web to learn about the unreported side effects of drugs is cheaper—and far more entertaining—than hiring test subjects.

Browsing the Web to learn about the unreported side effects of drugs is cheaper—and far more entertaining—than hiring test subjects.

Pharmaceutical companies, among others, have used Internet data to track outbreaks of the flu and other illnesses. But now scientists have mined that same data to find the unreported side effects attached to the drugs those companies manufacture.

Scientists from Stanford, MIT, and Microsoft have used the data returned from user queries on Google, Bing, and Yahoo search engines to “to detect evidence of unreported prescription drug side effects before they were found by the Food and Drug Administration’s warning system,” according to a report in The New York Times.

The scientists used automated parsing programs developed by Microsoft to sort through six million queries made in 2010 surrounding two drugs, the antidepressant paroxetine and he cholesterol drug pravastatin.

The study they published on Wednesday in the Journal of the American Medical Informatics Association indicated that when the two drugs are taken in tandem they produced elevated blood sugar levels in the user; a side effect previously undocumented by the companies that manufacture the drugs.

Users in the sample who searched for both drug names were twice as likely (10% vs. 5%) to also search for terms like “hyperglycemia.”

The FDA’s reporting system, the Adverse Event Reporting System, is physician-dependent. If a doctor does not notice a side effect, is not informed by a patient, or does not enter it, it goes unreported.

The system developed for the study does not require users, or doctors, to take an extra step. It mines the data already created in the course of patients’ normal reaction (searching for information) to abnormal reactions (side effects).

Data automation may make it far easier to avoid damage and even death from unknown drug interactions, an especially important issue in an increasingly medicated society served by an increasingly ambitious pharmaceutical industry.