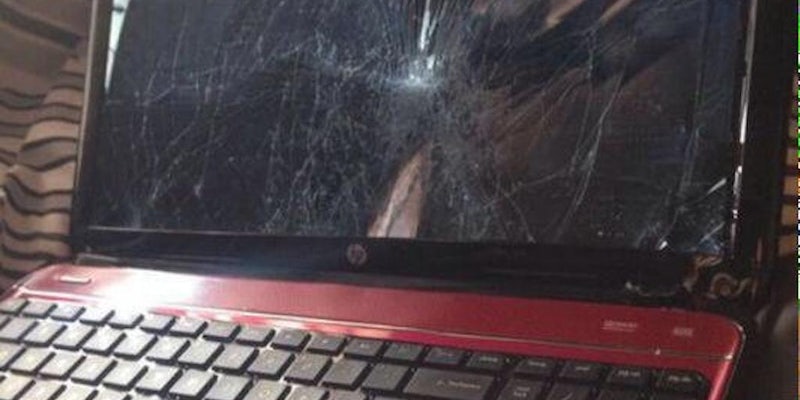 With time running out, he drew his lot and smashed his screen:

Though there are countless better ways to solve this problem (mash the power button, shut the laptop), we applaud Denzel for his decisiveness. In one fell swoop he made his problem—and his computer—go away.

.@DenzelMichaelUK we heard about ur recent tragedy, so we’re snding u a brand new pc for being a loyal fan chk it out pic.twitter.com/09oQ10NUN0