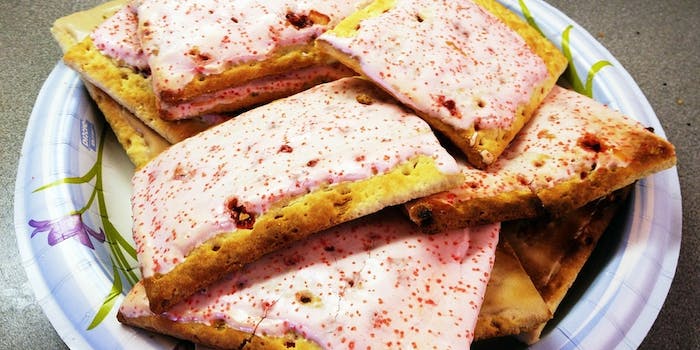 It’s never too early to learn how to share.

It’s never too early to learn how to share.

A toddler named Parker, however, isn’t in the sharing mood today. She has her very own Pop-Tart, and she wants it all for herself—or she might just really like saying the word “no.” She is a toddler, after all.

So when someone, presumably her mom, asks her for a piece of the Pop-Tart, she’s having none of it. She does what comes naturally: Taking it and waddling off.

It’s said that what comes around goes around, but I doubt anyone who believes it expected results so quickly.