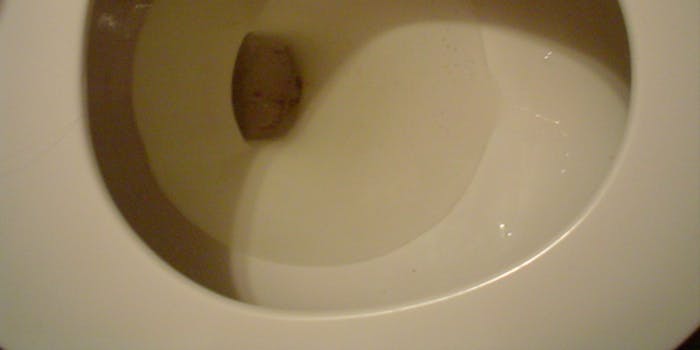 Someone is selling a toilet on skateboards called the Go Go S**tter. Brilliant.

In Kenosha, Wis., an enterprising individual hooked up a toilet to PVC pipe and two skateboards, building a machine he or she calls the Go Go Shitter. This thing really exists. It brilliantly allows anyone to poop on the go, or while skateboarding, like a badass. 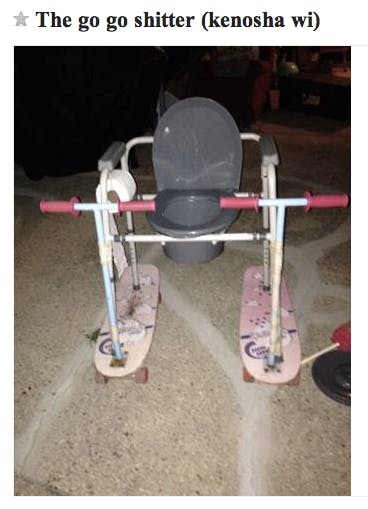 Are you tired of waiting in line and all of a sudden you need to go to the bathroom and can’t hold it or do you find yourself wanting to take a shitty stroll?? Or suffering from over active colon?? Than the go go shitter is for you! Serious inquires only! This is a great deal for being in such excellent condition! Heavy duty hardware! Lifetime warranty guarantee…Pat pending……Please contact me at… 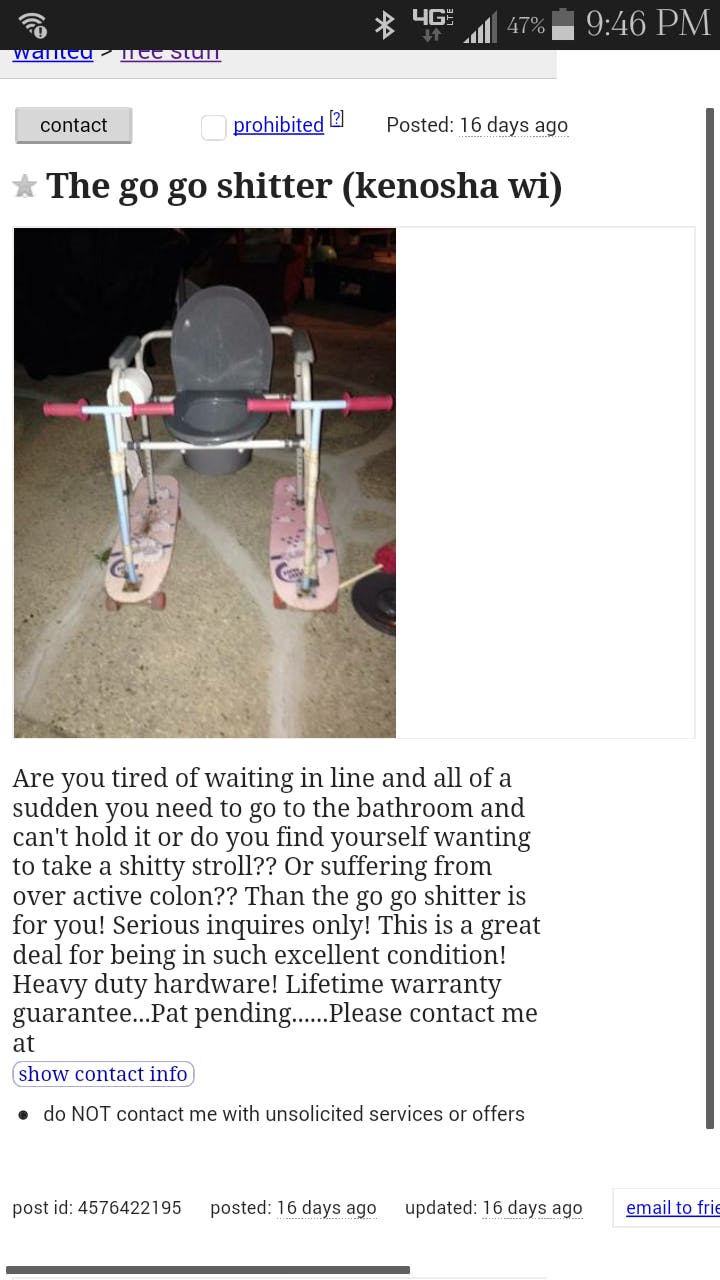 I reached out to the seller to find out if it’s road-tested, and if so, whether or not it’s dangerous to sell a used Go Go Shitter. In the absence of reviews, at least one redditor feels positive about this advance in mobile-crapping technology:

I have irritable bowel syndrome. This device is like a dream come true.

Fighting cranky bowels while walking can actually destroy relationships, as at least one couple has found out. If only the Go Go Shitter were mass-produced, no one would have to rush into the woods or crouch behind a Duane Reade again.