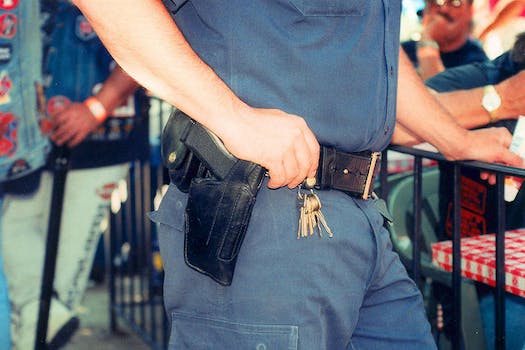 "You were making people nervous."

That’s what Brandon McKean learned when a police officer detained him while he was taking a walk on Thanksgiving weekend.

In the video, which McKean originally posted on his Facebook page, a white cop is seen reprimanding McKean for “making people nervous.”

“By walking by?” McKean asks incredulously.

“Yep, they said you had your hands in your pockets,” the cop responds. (For the record, the weather in Pontiac on Thanksgiving was 32 degrees, with a low of 21.)

Shockingly, the cop doesn’t seem to understand precisely what makes McKean so upset about being stopped for walking the streets with his hands in his pockets. He asks if it’s an “inconvenience” for McKean to talk to him right now, to which McKean responds it is, because of the “whole police situation going on in the country,” obviously referring to the protests in Ferguson and beyond over the Michael Brown shooting.

Although the officer eventually releases McKean with the admonition, “We do have a lot of robberies, so I was just checking on you,” what’s so shocking isn’t that the officer stops McKean for no reason (though that happens every day). It’s that he genuinely doesn’t seem to understand what makes McKean so upset about being stopped. At one point, he casually asks, “What are you up to today?” as if he were asking McKean for a beer; later, he tries to give McKean a high five.

In the end, it’s hard to tell what’s scarier about the video: the fact that a black man is stopped for walking the streets of his neighborhood with his hands in his pockets, or that this is clearly business as usual for the Pontiac police force.