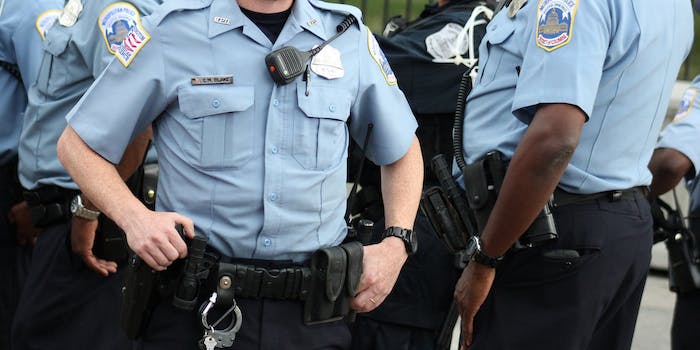 The Internet has become the new lost and found.

While there have been plenty of reports of police brutality and racial profiling in last few months, not every cop is out to abuse his or her power. Some officers are kind, caring individuals who seek to serve the community by reuniting lost property with its rightful owner.

Take the police department of Crewe, Va., for example. After these hardworking public servants were called to a Super Dollar about a large bag of cocaine that had been found on the premises, the officers pursued ever possible channel in an attempt to find the drug’s owner. The officers stopped at nothing, even taking to Facebook in hopes of finding someone who might be missing their big ol’ bag of cocaine.

But before you go rushing to declare the drugs yours, you should know there’s zero chance you’ll be getting them back. After being asked numerous times if there was a chance they would dispense the drugs to the owner, the Crewe police department took to the comment section of the post to make a few things clear.

NO! We will not give you back your illegal narcotics. The narcotics are weighed, photographed and placed into a evidence locker to be destroyed upon the approval of the courts. We distribute lots of things, such as lollipops to our favorite kids, and tickets to lead footed friends, but we do not re-distribute your drugs. We hope this clarifies our post a bit more.

According to administrative assistant Beverly Redman, no one has come forward to stake their claim to the narcotics yet, but they weren’t expecting that to happen. “We wanted to show people that we’re human, too,” she told Yahoo News. “We have a sense of humor. We’re not all ‘just cops.'”