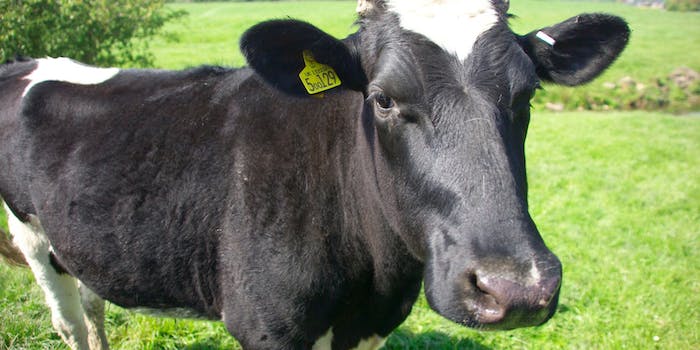 The heifer did not go quietly, sparking an all-out cow prison break.

A desperate cow caused municipal chaos over the weekend as the 1,000-pound beast jumped a 6-foot fence belonging to a Pocatello, Idaho meat processing enterprise, Anderson Custom Pack. It escaped into a residential neighborhood, and required police force to bring down Monday.

Pocatello Police Chief Scott Marchand told the Idaho State Journal that the cow was eventually shot at twice by local officers because it posed a safety risk.

The beast did not go quietly—during the chase it rammed into two police cars and an animal control truck. It at least leaves behind a legacy of righteous rebellion: Since the prison break a total of five cows have escaped from the same meat plant, and two remain at large.

Photo via Ian Britton/Flickr (CC BY 2.0)