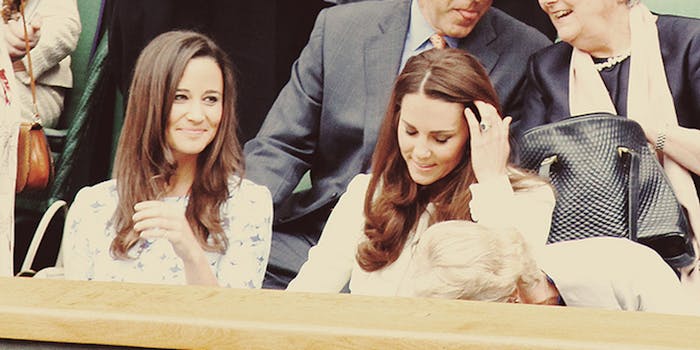 @pippatips, a popular Twitter account spoofing Kate Middleton’s sister and her book of incredibly mundane and predictable lifestyle and party tips called Celebrate, is being targeted by Pippa’s legal team. They want it shut down, even though the account clearly states in its bio that it is a parody.

The creator of the account, which has more than 50,000 followers, even published a book called When One Is Expecting: A Posh Person’s Guide To Pregnancy and Parenting. The Independent reported that the book’s publisher has been asked to shut the Twitter account down.

The tweets are funny, but portray the Duchess of Cambridge’s li’l sis as a real dummy. For example:

#PippaTip: headache tablets can be a great in helping deal with a headache

#PippaTip: for the fashion conscious amongst you, stylish new clothes can often be acquired at shops by going shopping

#PippaTip: writing is like speaking but where you make words with a pen or a keyboard instead of with your mouth

#PippaTip: enhance the effectiveness of appliances such as dishwashers by actually turning them on

#PippaTip: a party isn’t much fun without people attending, so if you’re hosting a soiree think about inviting people to join you

#PippaTip: enjoy a Sunday movie by watching a movie on a Sunday

For more, check out the PippaTips website and become a proper Pippa Tippa.