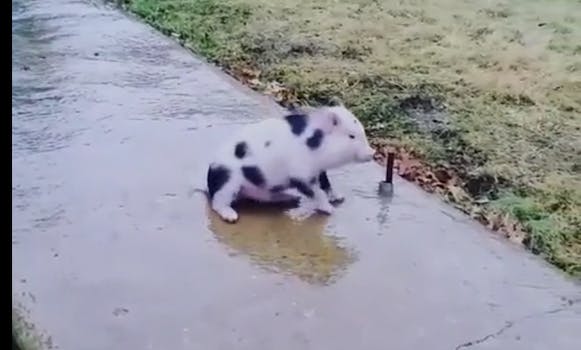 His little snort of distress is too much.

Let’s face it, winter weather nearly always sucks, so the least you can do for yourself if you’re stuck in a cold country is take a moment out of your day to watch this adorable little pig discover ice for the first time.

The 10-second video comes to us courtesy of Tumblr user ringasunn, whose friend owns the pig. The unknown friend filmed her pet’s attempt yesterday morning to get its footing on a snowy walkway outside her house. Ringasunn, clearly recognizing viral gold, nabbed the video and uploaded it to her Tumblr, where it quickly racked up over 60,000 notes.

That’s because there’s something innately soothing and kind of wonderful about watching an animal experiencing nature’s treacherous slip-and-slide for the first time.