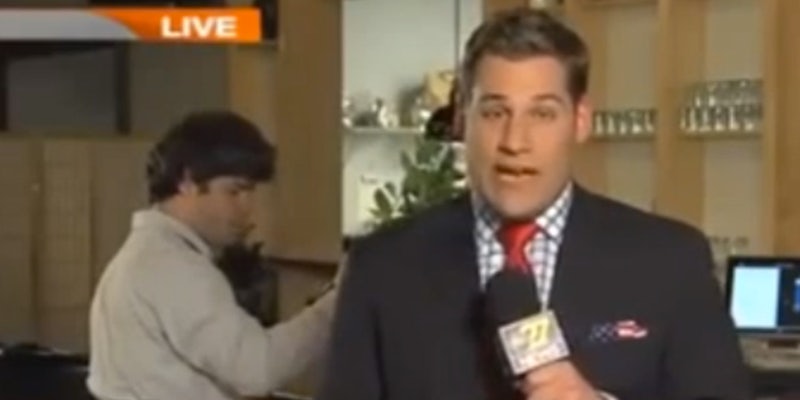 On-air photobombs are becoming the norm rather than a random act, and they’re often ridiculous. However, one man recently took a more understated approach to photobombing.

On Tuesday night, Dave Marcheskie, a reporter for Harrisburg, Penn.’s ABC27 News, was broadcasting live from Rep. Patty Kim’s victory party, when a man at the bar behind him decided to indulge in a bit of subtle physical comedy. According to the YouTube description, the bomber in question allegedly works for a rival station. This is just like Anchorman!

However, Marcheskie had some choice words for his photobomber. Apparently Kim’s opponent, Gina Roberson, had been hospitalized, and the flower-water-drinker left a bad taste in his mouth.

Unfortunate that when speaking about a hospitalized candidate a competitor’s employee chose to act in poor taste.

No word on who the mystery rival is, or where he does improv.