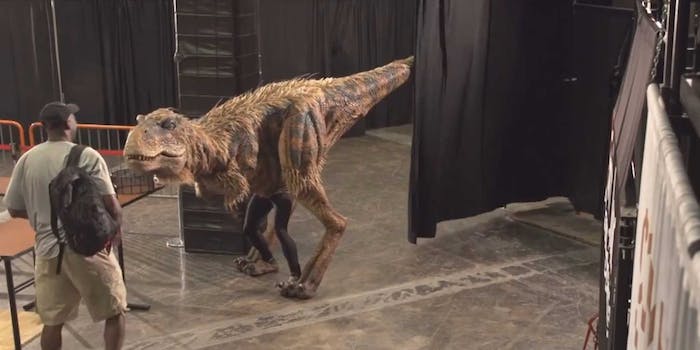 This NBA player pranked his teammates with a T-rex

Phoenix Suns guard Goran Dragic pranked his teammates Friday with an assist from a prehistoric beast. Touring show Walking With Dinosaurs hits the US Airways Center in Phoenix next month, and an opportune prop was on hand at Dragic’s home arena. The setup for this Halloween prank is obvious—Dragic coordinates a snarling baby Tyrannosaurus rex prop to pop out behind a curtain as his teammates are walking by. But the reactions are everything.