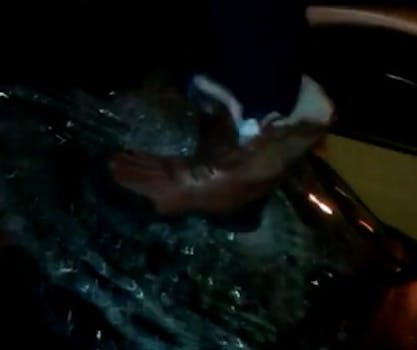 A couple of teens in Philadelphia are about to learn a valuable lesson the hard way: Don’t post a video of yourself doing illegal activities on the Internet.

The video isn’t getting much love on YouTube, with the community lampooning their stupidity in the comments section.

The teens have been called “dumb asses,” “jigaboos,” stupid idiots,” “morons,” and “pussies,” just to name a few of the NSFW remarks.

Indeed. According to the news site Philly.com, cops have already arrested one 16-year-old through anonymous tips.