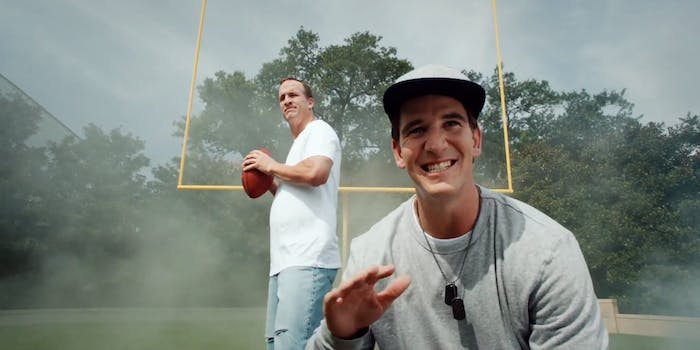 Here's a surprise contender for song of the summer.

The hottest brother duo in music is back with another hit video!

No, I’m not talking about the Naked Brothers Band, but the Manning brothers—the powers behind 2013’s viral smash “Football On Your Phone.” Peyton and Eli’s latest, “Fantasy Football,” is just as smooth as their first song, but the lyrical content is more complex and the video budget greater, with high-end CGI and cameos abound.

We’re still in the middle of the sports dump months of June, July, and August but the Mannings are back to remind us that the NFL season is coming and with it the glory of fantasy football.

The Insane Clowney Posse and I will be waiting.