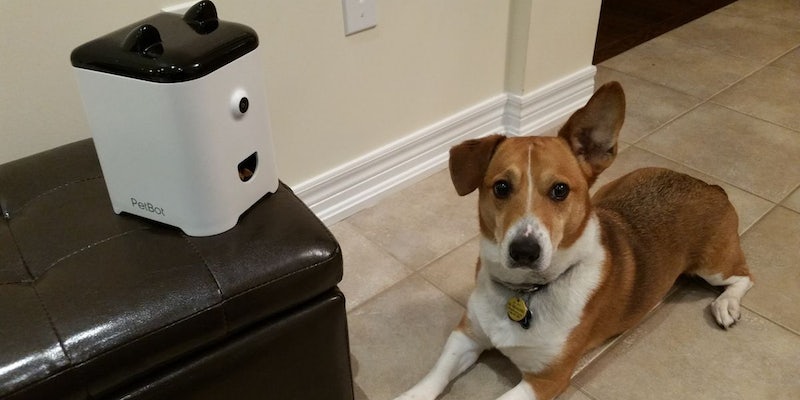 All through the power of petificial intelligence.

Imagine being able to give your dog a treat while you’re out at dinner with just the tap of a button, or playing bird sounds for your cat while stuck at your office downtown—or even getting pet selfies from Fido and Fluffy.

The PetBot is making it a reality.

“We don’t want this to be a replacement to spending time with your loving pets,” co-founder Jason Yu told the Daily Dot. “We are pushing the fact that there are technologies today that can recognize the face and barks of pets.”

The PetBot itself is a little white cube with ears, no bigger than small shoebox. Built into the device is a treat dispenser and camera able to detect when your pet strolls over to the PetBot or is barking up a storm. When your dog or cat approaches, it’s recognizes the pet’s face through artificial intelligence developed by co-founder Misko Dzamba.

The artificial intelligence—which Yu also calls petificial intelligence—sees when there’s a dog or cat in front of the lens. At that point, it’ll play sounds to try to coax your furry friend closer. Once your cat or dog’s face is detected by the camera, it’ll capture a short video, then deploy a treat.

The PI is even able to detect which kind of breed your pup is (this isn’t as robustly developed for cats) and when there’s barking. If you’d like just a live-stream of your pet, the PetBot can also broadcast that.

With an app available for both iOS and Android, owners will get notifications for when their pet has taken a selfie. With a tap of the screen, humans are also able to give the PetBot commands that include playing a certain sound or dispensing another treat.

“We want this to be the communication smartphone for pets using visual and audio cues,” Yu said. “This is for you to stay connected with your best friend while you’re away.”

And those pet selfies aren’t meant to just sit on your phone for your own private enjoyment. The creators behind PetBot want their invention to be a social content generator. With the right settings enabled, your pet’s selfie can automatically be uploaded to Instagram. All of a sudden you’ll be getting notifications and realize that Rufus back at home has posted a video of himself chowing down to your account .

The developers behind PetBot have also partnered with animal shelters in Canada. Prototypes are even being tested in the facilities as ways to help train rescue animals. 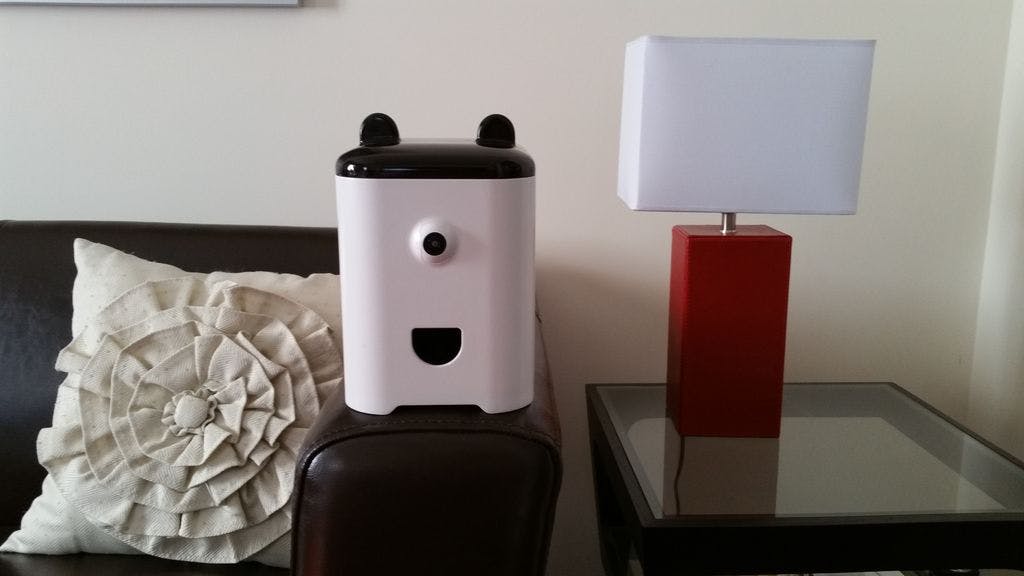 Other products similar to the PetBot, such as PetCube and Petzi, allow you to watch your pets while away from home. But the PetBot prides itself on the technology that allows it to recognize your pet and alert you through the app’s notifications that your pet has taken selfie or gotten a treat. The other devices tend to rely strictly on user commands.

PetBot is hoping to pull $80,000 in funding with their Indiegogo campaign and have already raised half of that with a little more than three weeks left to hit their goal. There are a couple of packages that will get supporters’ hands on a PetBot, such as the $189 Super Early Bird one. PetBot is planned to retail at $199 if it becomes a reality.

And hey, maybe the four-legged members of your household can chip in.