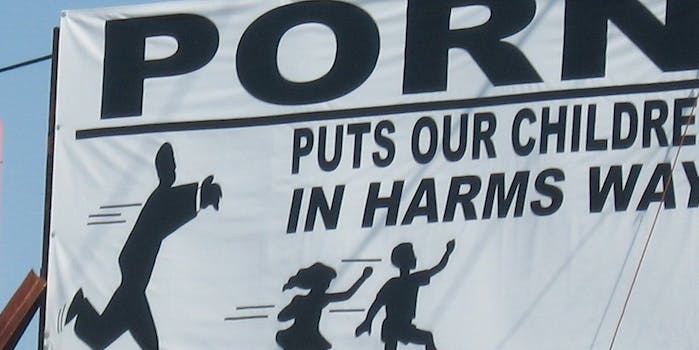 Peru is the latest country to introduce legislation that would have a deleterious effect on open online communications.

Peru is the latest country to introduce legislation that would have a deleterious effect on open online communications, all for the sake of protecting children.

“It is necessary,” reads the bill’s preamble, “to establish a framework to protect [children and adolescents] from cyberspace.”

As Global Voices Advocacy notes, the problem with this bill is its establishment of the Commission to Protect Minors From Pornographic Internet Content, which would, by the language of the bill, be instructed to choose, “in an impartial, transparent and reasonable manner, the content that would … be blocked by Internet service providers.” The commission would “permanently monitor the content circulating on the Internet in order to identify those sites or services that should not be propagated in cyberspace.”

Given past success in selecting harmful pornographic sites (which have included government women’s health information sites and swimwear company catalogs), even forming well-meaning lists of verboten content can be problematic. There’s no telling what else might make the list. (Quite possibly this site.)

The filtering would be done on the ISP level, forcing business owners into the uncomfortable position of being deputies to the Peruvian online morality police.

As Peruvian attorney Erick Iriarte Ahón asked on his blog, “How will these filters determine who is a minor? How will filtering prevent only pornographic content from reaching minors and not content that any user might want to access at any given time? Where does one draw the line between controlling pornographic content and controlling political, religious, labour union or other kinds of content? To create a ‘decency committee,’ as has been tried in other countries, is going down the road to a 1984-style ‘Ministry of Truth.’”

The worldwide sensitivity to domestic intelligence agencies’ overstepping the bounds of their fiat, sparked in part by Edward Snowden’s leaks of the NSA information, has not left Peru untouched. The country’s National Intelligence Directorate has been accused of domestic spying and there have been rumors of eavesdropping on Peruvians’ Twitter accounts.

Alternatives that have been suggested may do the same job without risking putting too much control into the hands of a politically influenceable committee, including a focus on educating parents about parental controls they can apply themselves.