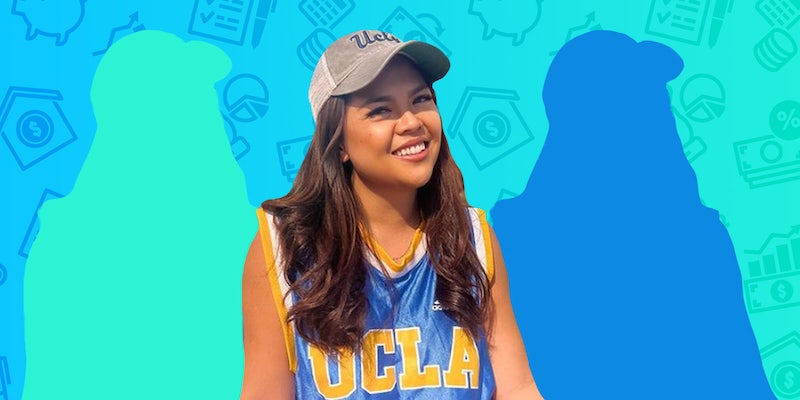 These female creators are demystifying personal finance on TikTok

Personal finance is no longer a 'boys club.'

Younger generations want digestible knowledge from niche content creators that they trust. Notably, increasing numbers of Gen Z and millennials are seeking to educate themselves in finance and finding nontraditional ways to become financially successful.

Women at all levels in their financial journeys are using TikTok to share tips and information with each other. Personal finance is no longer a “boys club” and these creators are ensuring Gen Z and millennial women have free, accessible resources to make secure decisions for themselves. The lack of resources available to women is what fuels their drive to create awareness around this issue by utilizing a platform free from gatekeeping.

When it comes to the finance industry in general, women are underrepresented in leadership roles and men are more likely to rise to senior positions, according to Investopedia. This lack of female leadership representation leaves less opportunities for mentorship and pathways to establish the same rates of success as men, which ultimately affects how basic financial knowledge is passed onto women through generations.

Lissa Prudencio, the 36-year-old founder of “Wealth for Women of Color,” is one of the creators tackling this issue by specifically focusing on educating women from underrepresented backgrounds.

“I was in graduate school at University of Southern California,” Prudencio told Passionfruit. “We went around the class saying what we wanted to do, and there was a guy who sat next to me, a white guy, who was like, ‘I’m gonna get into hedge funds.’ And like, I’m over here right next to him scratching my head like what the fuck is a hedge fund?”

Since leaving USC, Prudencio has built a successful career, first working in business operations at YouTube then creating a brand to encourage women of color to take control of their finances. Originally posting content as “Shit They Don’t Teach You in School,” Prudencio’s ambitions to pass on financial knowledge have led her to post informative content to TikTok under the moniker “Wealth for Women of Color.”

She is currently taking classes to become a certified financial planner, which would give her the formal expertise to assist others in areas such as financial planning, retirement, insurance and taxes. She says the certification would boost her ability to create content to educate women of color, in addition to reading anything she can get her hands on. Gaining that knowledge allows her to make her own financial decisions, which is ultimately her mission for others. TikTok makes it easier for women to find her and ask about 401K plans, health savings accounts, and how to manage stress surrounding finances. As far as connecting with followers, she expressed surprise at how engaged her audience actually is.

“Most of my videos are like two to three minutes long, and I’m pretty surprised at how many people watch them through,” Prudencio said. “I have a pretty good retention rate on a lot of videos, so at least 10% of people are watching the full three minute video, which is kind of crazy for Tiktok… But yeah, I’m still learning a platform myself too, but it’s really interesting.”

Prudencio plans to explore other avenues alongside TikTok, including developing an online financial course to roll out this fall titled, “Financial Foundations for Women of Color” which dives deeper into financial planning.

TikTok’s financial space is allowing other women to excel in their craft as well, like financial activist Taylor Price, who goes by “Pricelesstay.” Her content is hard to miss as she’s racked up over 1 million followers since 2019. The 22-year-old and self-proclaimed “first female financial activist on TikTok” resonates with a lot of Gen Z women, especially after developing the series “Fin/Esse: The Playbook,” which teaches financial essentials.

Like a lot of other women, Price has educated herself over the years.

“Much like my generation, I saw the ‘get rich quick’ schemes on social media and I immediately became hooked,” Price told Passionfruit via email. “Without much of an education or background in personal finance (and you’d be surprised how little personal finance is covered as a finance major), I read everything I could get my hands on about personal finance and investing…”

Price said she was born with a passion to help people. Her mission tackles inclusivity as she wants to create a space in personal finance that includes those who aren’t just white and cisgender. She said she’s excited to be a part of a changing world by making content in a historically male-dominated industry. Her and her team are “finnovating” (a term coined by Price) a service which will involve focus on financial security and feedback from her audience.

Other rising creators like Mary Esposito of MoneyWithMary and Grace Lemire are two other rising content creators further showing that women can become successful in finance without formal industry experience.

Esposito, a 19-year-old creator, has found a community creating financial literacy content for young women, notably teenagers, who have sought her advice on investing and entrepreneurship. Her content covers topics such as stocks and cryptocurrency, and her goal is to help others know what options are available when it comes to managing finances.

“There’s just so much out there, you know, that can help people manage and optimize their money, but just nobody’s like talking about it, or if they are, it’s not implemented into the American educational system,” Esposito said to Passionfruit. “So not enough people are becoming aware of it.”

After originally starting TikTok to advertise her crochet business, Esposito has turned to financial literacy content which has resonated with an audience of 45,000 followers. She finds empowerment knowing there’s other women with a similar mindset and wants shared resources to be accessible.

“I wanted to help these people because I myself struggled with the resources, because there really isn’t any free, accessible educational resources online for Gen Z, and if there is, it’s mainly tailored to men and boys,” she said. “Most of the people speaking about financial literacy are men so they automatically appeal more to the male demographic.”

Like Esposito, Lemire, 23, wants to help others and focuses on using her nontraditional career path experience to empower her finance education. As a full-time freelancer, Lemire now writes and creates financial content after deciding law wasn’t for her. She is constantly researching for her financial content writing jobs, which often helps inform her content on TikTok. She believes making accessible content will help bridge the gender gap as well as societal and economic barriers. Right now, she has a budget spreadsheet in the works that she plans on sharing with her followers in the near future.

Krystal Todd is a 30-year-old Black creator and certified public accountant, meaning she is licensed to perform accounting services and financial advising. She grew up with insight into the financial industry and eventually started uploading videos to YouTube before joining TikTok.

“I would say within the first month [of being on TikTok], I think I was at 20,000 followers or something like that. So that’s obviously hella motivating,” Todd told Passionfruit. “So it was much easier as I’ve mentioned, so I got pretty spoiled and I love doing it because it’s more personal. I could literally be on the go in my car.”

Todd said many women come to her with confidence issues surrounding finance or careers. She said an issue is that women, especially those of color, tend to dismiss themselves in comparison with their male counterparts.

“So I think we can actually learn from our male counterparts, from our white counterparts, because instead of just looking at them as the top dogs and saying and dismissing ourselves as lesser than, it’s like what are they doing?” she said. “And let me just copy it.”

TikTok is here to stay for the foreseeable future, and female creators are becoming increasingly empowered to share their knowledge and experience with money, even if they don’t come from traditional financial backgrounds. The short format allows viewers to take snapshots of information and pull from what they need, and it creates an intimate space to connect with other women seeking similar goals. No personal financial questions are off limits when it comes to the content these women produce—all are welcome whether you’re just beginning to plan your finances or you need a few extra tips here and there.

Natasha Breu is a freelance writer with a master’s degree in Arts Journalism & Communications from Syracuse University as well as a full-time research analyst in the private investigation industry. She is particularly interested in transforming life experiences into compelling narratives that readers from all backgrounds can relate to. Follow her on Twitter @nnbreu to keep up with her latest work.