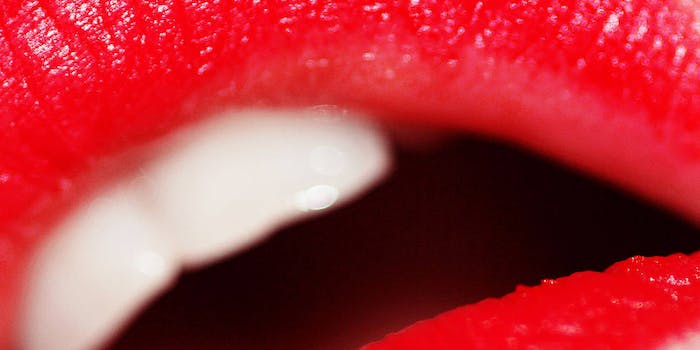 At some point in history, either an immature 13-year-old or a pretty stoned 19-year-old has remarked upon the striking resemblance between a tube of lipstick and a penis and then laughed uncontrollably for an embarrassingly long amount of time. (Ed. note: guilty as charged)

As BuzzFeed notes, someone has turned that concept into a make-up brand. There now exists lipstick in the shape of a penis that the immature and/or high among us can laugh at uncontrollably.

It’s the circle of life and it moves us all.

My boyfriend was the one who actually bought this for me on our trip to Austin yesterday (found it at a novelty shop). Yes, it's a real lipstick and yes, it's shaped exactly like what you think it is haha. I've always wanted one of these as a display piece for my makeup area, I personally don't plan on actually wearing it, I would hate to ruin the shape. So happy to finally have one! Hehe #penislipstick #iwanttocollectalltheshades #decorpiece #lipstick

“My great grandmother always likes to be well made up every day and won’t leave the house without her face on. I got her these for her 100th birthday,” reads one extremely thoughtful granddaughter’s customer review of the product.

“Her fave color is hooker red. She had been using them for months before she got her new glasses and it was then she realized she had been painting her lips with penises. She promptly had a heart attack. But at least she looked good in hospital. (FYI she’s okay.)”