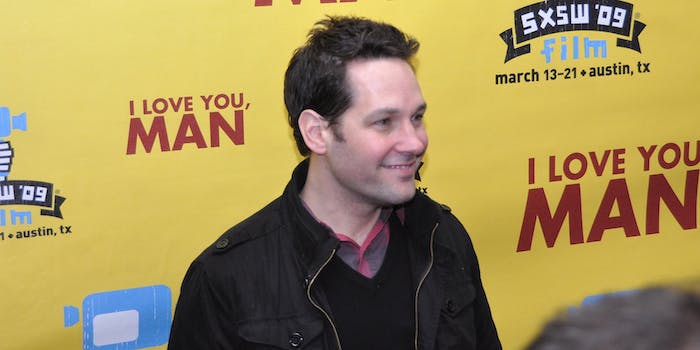 Don’t let this photo fool you.

When Billy Eichner took to the streets a few months ago to ask America if they would sleep with Paul Rudd, the answer was a resounding “Dear god, YES!” But don’t let this photo fool you. 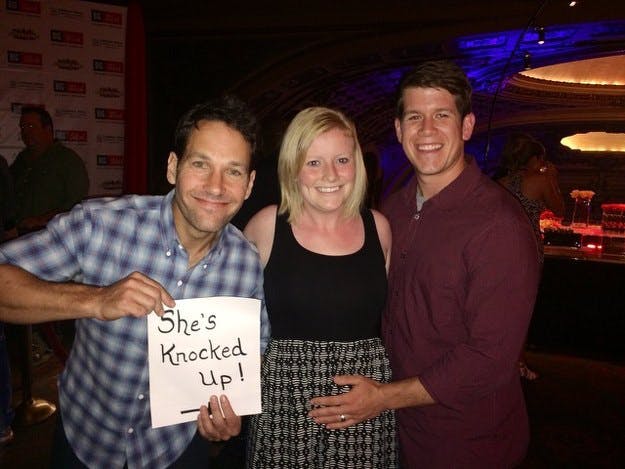 Sure, Americans would gladly carry the offspring of one of our most talented, ageless actors, but that doesn’t mean Rudd is planting his seed like crazy.

Rather, he’s giving Bill Murray a run for his title of world’s coolest celebrity by helping a couple announce the conception of their child. The pair happened to bump into the Knocked Up star and posed for an unforgettable photo op.

The image was posted on Reddit Wednesday, but the account and original image have since been deleted, most likely for being too awesome for the Internet to handle. With a single photo, this unborn child is already living a life 10 times more awesome than we are.