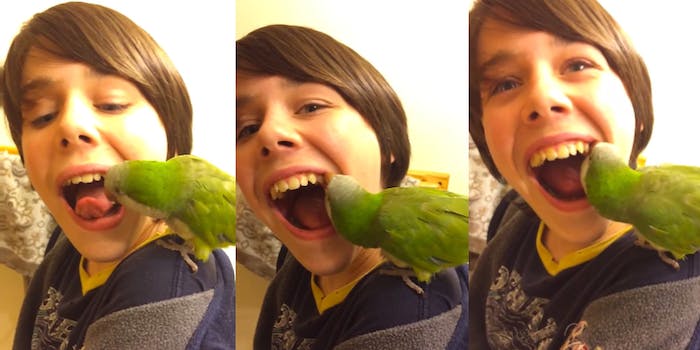 Nothing is stronger than the bond between a boy and his bird–except for that bird’s beak. This youngster employed his feathered friend’s help in extracting a loose tooth and filmed it for our viewing pleasure.

Meet Anton Androshchuk and his green parrot, who recently stuck its head into the boy’s moth, clasped onto a pearly white, and used its magical bird strength to pull it out. Apparently this is the fifth time the parrot has performed this feat of dentistry. Practice makes perfect. 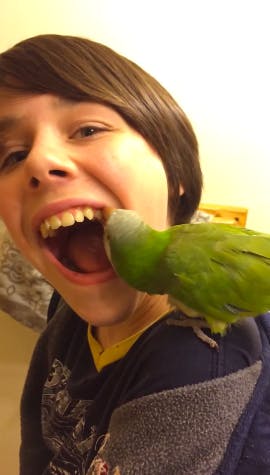 You can watch the video in its entirety below. If you’re a bit squeamish, we recommend you fly away now.

This is the face of a victorious parrot: 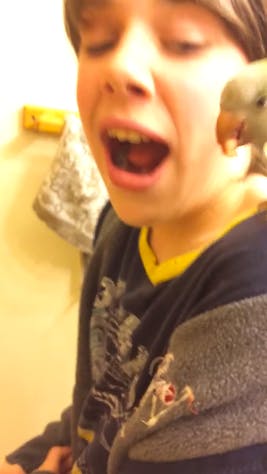 Does the Tooth Fairy give an added bonus for this? That’s uncertain. But I’m fairly positive this is how I feel about the parrot’s beak-work: