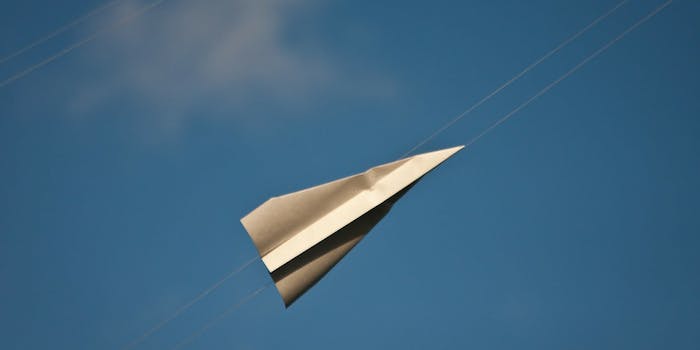 Most times, my paper airplanes only fly a few feet before plummeting nose-first into the floor. But one kid has practically become the paper airplane master.

The Japanese student’s aerodynamic masterpiece was caught on video soaring through the air after being sent out of a window—only to return to him with more grace than a boomerang.

How was this done? Incredible design? Some sort of witchcraft? Dumb luck? The last explanation seems most likely, because it didn’t go so well for the next takeoff. H/T Mashable | Photo via garryknight/Flickr (CC BY 2.0)