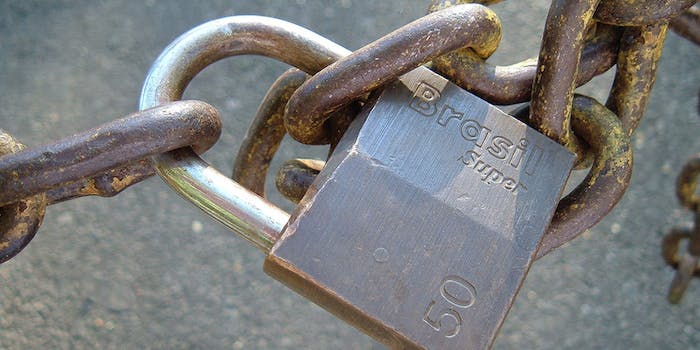 Tom Matthews is not a happy man.

Director Mel Brooks once famously said, “Tragedy is when I cut my finger. Comedy is when you fall into an open sewer and die.”

So maybe we can’t be blamed for laughing at poor Tom Matthews, who was innocently enjoying a cigarette when someone came up and put a padlock through his gauged earlobe.

Facebook turned out to be less than sympathetic. Here are a few direct quotes from Matthews’s “friends”:

“Whooooo did this? I’d like to give them some money? Sorry my dear boy, but this has made me very happy. And I’m never happy!”

“This is literally one of the greatest things I’ve ever seen on Facebook.” 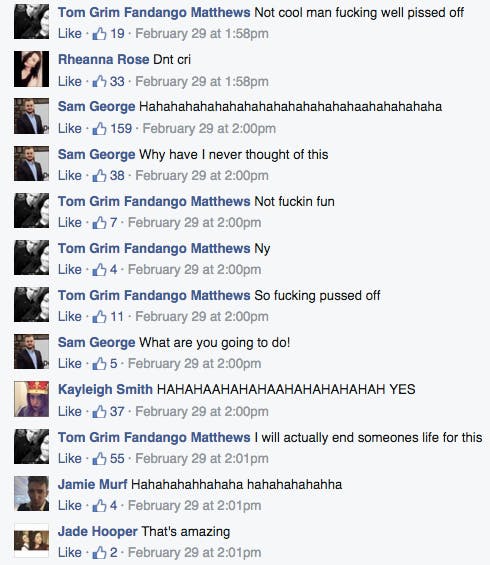 Naturally, a few commenters were curious about how Matthews failed to notice someone sneaking up and snapping a padlock closed through part of his body.

Matthews explained: “Literally having a fag out back literally they came out heard a click turned round realised theyre [sic] was a padlock on my ear and tried to chase em.”

It’s safe to assume he only “tried” to chase them, because it’s kind of hard to run with a padlock bouncing around in your ear.

Matthews said he was eventually able to get the thing off using a pair of bolt cutters, so it could have been worse. After all, the prankster might have used a chain to attach the lock to a cinderblock… or a wall… or even another pissed-off dude.

Matthews seems to have calmed down a little since making the original Facebook post (he threaten murder more than once in the comments). He even shared a mocking photo posted by one of his friends.

But even given his improved mood and newfound sense of levity about the situation, if you’re the person who did this, we’d recommend waiting a couple years before revealing yourself. In fact, maybe never mention it at all.