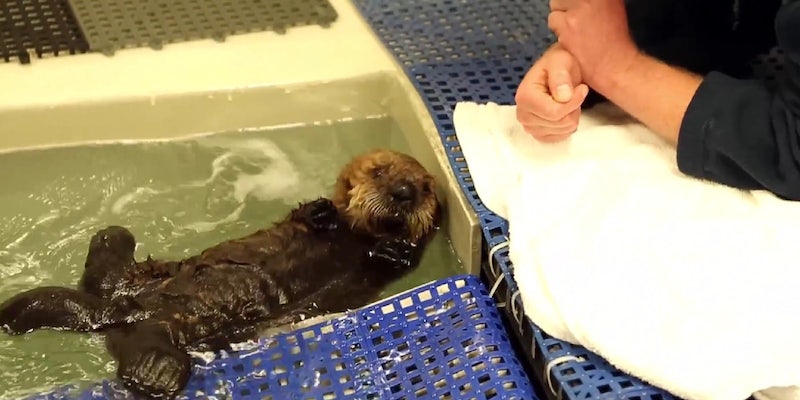 Meet the 5-week-old otter pup that just learned how to swim.

Baby otters kind of sound like hungry housecats—I had no idea. In this immovable object of viral tenacity, an orphaned baby otter is taken in by generous humans and taught how to swim.

Pup 681 hails from California but was taken to Chicago’s Shedd Aquarium last month. According to the Chicago Tribune, a jogger found it crying on Coastways Beach in central California back on Sept. 30. It’s about five weeks old, still on a strict bottle formula and sliced clam diet, and its new caretaking aquarium will eventually name and incorporate this darling creature into the Regenstein Sea Otter habitat.