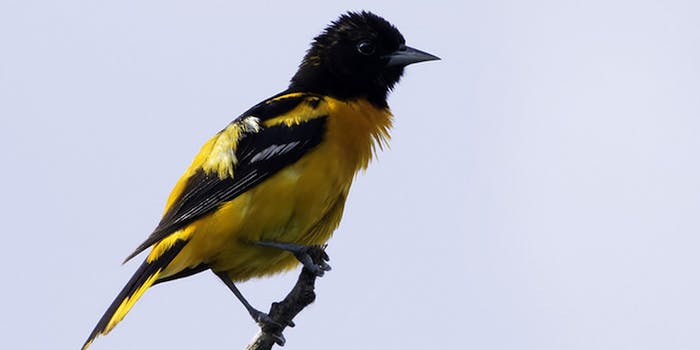 Thanks to ongoing unrest in Baltimore, the Orioles and Chicago White Sox played a historic game of baseball yesterday: the first in MLB history to unfold before an empty stadium.

A surreal experience, to be sure, but the announcers and players seemed to take it in stride. Broadcaster Gary Thorne occasionally slipped into his quiet golf announcer voice, almost as if making a subtle point about white privilege in a country riven with racial injustice.

We are gonna do our best to take the crowd out of it early.. Wish us luck..

Orioles catcher Caleb Joseph took time before the game to sign autographs for nobody.

And Orioles first baseman Chris Davis tossed a ball into unoccupied seats after an out to end the top of the fifth.

The birds ended up taking the win, 8-2, and while some may have seen the entire spectacle as a glimpse of some utopian future where nobody cares about sports, it seems plenty of people watched from home—and even the visiting team missed getting booed.

Not a fan of no fan games. We need you guys. Come on back… #AmericasPasttime

No offense, dude, but there are probably bigger fish to fry at the moment.