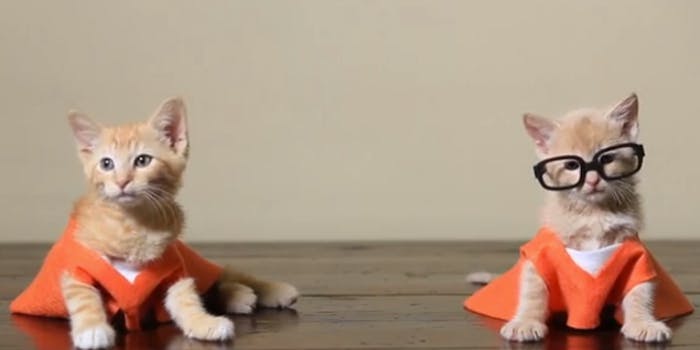 The littermates have taken over the asylum.

Orange Is the New Black season 2 debuted on Netflix yesterday, and it seems we’re all collectively binging on it this weekend. The new season is decidedly darker than the first, and new hierarchies and power plays are forming. It’s an intense watch, and sometimes you need to take a break.

Sometimes you need to watch Orange Is the New Black, acted out by adorable tabby kittens.

The Pet Collective recently posted this parody, which tells the story of “Piper Catman” and how she ended up “sentenced to nine lives.” I’m particularly fond of Red’s furry stand-in. When that 24-hour cat channel finally debuts, this should be its first series.

Screengrab via the Pet Collective/YouTube