No, this Olympian’s name isn’t actually a hilarious string of curses

But our will to believe is strong.

Guys, I know we all love a good Photoshop, but this Olympian’s name is not Cunty Spunkfuckshitpiss. It’s actually Andreas Wank, and that should be funny enough. (Heh, Wank.)

Wank, a German ski jumper, had his NBC chyron digitally altered by Twitter’s Jimbo Loony, one among those greatly amused by how certain foreign athlete names—like that of Semen Pavlichenko, a Russian luge competitor—sound to an English speaker.

The joke, needless to say, was not always recognized as such. 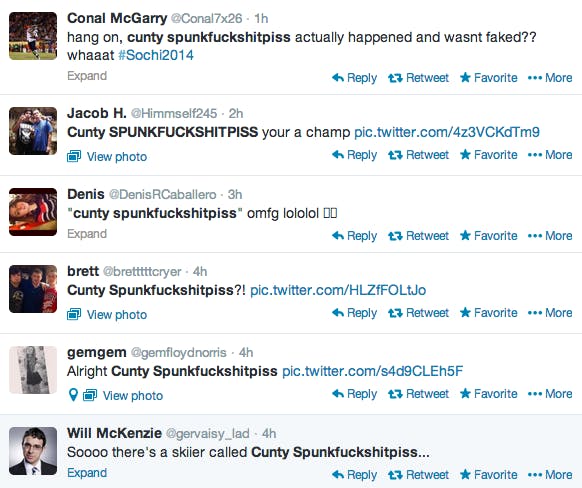 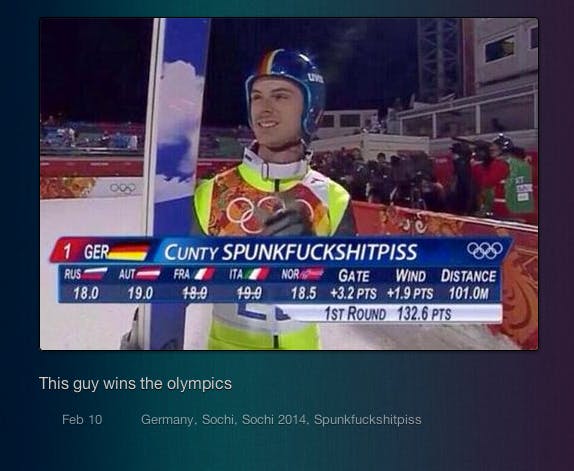 It probably says something about the zaniness of the Sochi’s 2014 Winter Games, which have collected countless misdirected online complaints, that anyone was willing to take this gag at face value. But a healthy dose of wishful thinking didn’t hurt.