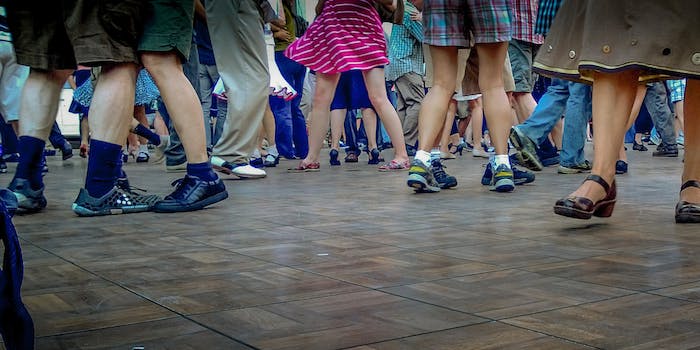 Old man works it on the dance floor

We don’t care what Miley Cyrus, Psy, or any other so-called “popular” entertainer does when it comes to nationally televised dancing. One unsuspecting man in a sparsely-populated nightclub is quickly becoming the next YouTube dance sensation.

Like a few of his predecessors, the mysterious dancer is not what you’d call a “professional.” He appears to be middle-aged, fairly overweight, and completely bald. As soon as Salt N Pepa’s 1987 hit “Push It” starts playing, however, he lets loose with a series of moves that are downright sexy.

If this man’s moves do not inspire you shy, socially awkward types to get out there and just have at it on the dance floor, then we don’t know what will.