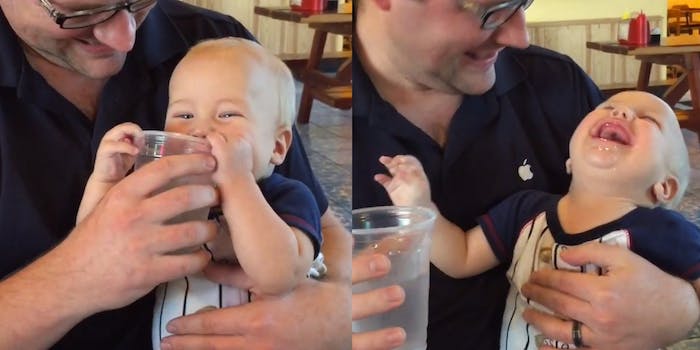 You will never be as happy as this baby drinking water

Rememeber how much better everything was as a kid? Back before you were jaded by life’s harsh realities? Michael Chepul’s infant son certainly isn’t over the novelties of some of life’s most simple pleasures—as a video of him drinking water vividly shows.

Chepul has uploaded a video to YouTube of his son having one of his first drinks of iced water—and there’s no doubt as to what the baby thinks of it. When not desperately grasping for more, the kid expresses sheer, unalloyed joy at the new sensation.

If only I could get so excited by my morning coffee.