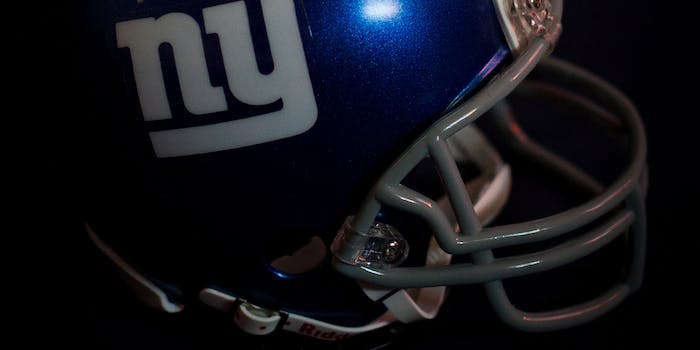 Internet-obsessed football fans reacted as only they can.

New York Giants rookie wide receiver Odell Beckham Jr. made what many football fans are already calling the greatest catch ever during the first half of Sunday night’s game against the Dallas Cowboys. NBC Commentator Cris Collinsworth was positively giddy as the network repeatedly cycled through slo-mo replays of Beckham’s incredible one-handed catch.

Collinsworth was not alone in his awe. On Sunday night, amateur photo editors everywhere took to Twitter and Tumblr to give the soon-to-be-iconic catch the meme treatment.

Below are some of our favorites so far: