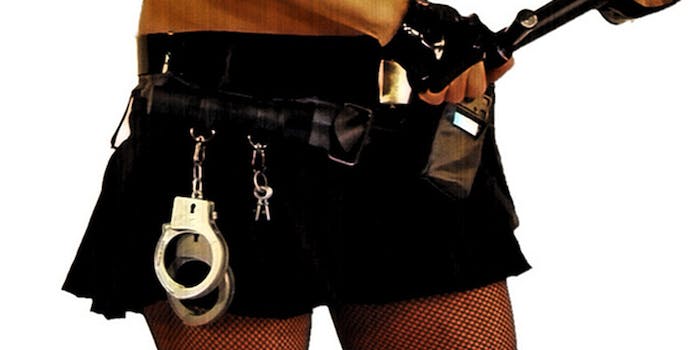 NYPD bars cops from using uniformed selfies to get laid

Ladies do love a man in uniform.

Ladies love a man in uniform, and officers know it.

That’s why so many cops have their profile pics set to selfies of them posing like bachelorette party strippers in tear-away pants. In response, the New York Police Department has been catfishing its own officers to prevent them from using uniformed photos on dating websites.

The NYPD has a rule that states no officer “embarrass the department while wearing its uniform.” If a cop is found to be wearing his uniform in a photo, their profile could be called out for its personal and private content. Cops have been deactiving their profiles on OKCupid, Match.com, and the lovely meetsinglepoliceofficers.com, according to Betabeat.

The NYPD told the New York Post that their actions are “in compliance with the New York City Social Media Policy and is in part intended to protect officers from divulging identifying information on social-media sites that may endanger officer safety.”

It’s also silly to use your uniform to get laid.