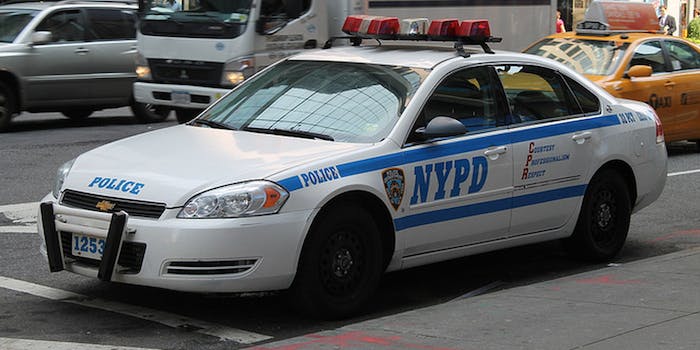 We've run out of synonyms for "creepy" and "terrible."

An NYPD officer is under investigation for forwarding nude photos from the phone of a woman in custody. We’ve run out of synonyms for “creepy” and “terrible.”

Pamela Held, 27, was arrested in June for prescription pills found in her car, according to Gawker. The photos and videos, which had only been sent to her boyfriend, were on her phone when officers confiscated it. When Held got her phone back after being let go with a citation, she noticed the photos and videos had been forwarded to a number she didn’t recognize.

The number traced back to officer Sean Christian, after Held and her lawyer hired a private investigator. Christian denied ever meeting Held or handling her phone, though Held says he was the one who confiscated it. But when NYPD Internal Affairs had Held call him, he hit on her and admitted to having seen her at the precinct. He spoke to her on the phone for a damning 50 minutes.

There were, all in all, 20 photos and five videos forwarded and Held said she is concerned she may never have control of them again—and that they’ll end up online without her consent.

Thanks to an officer of the law.