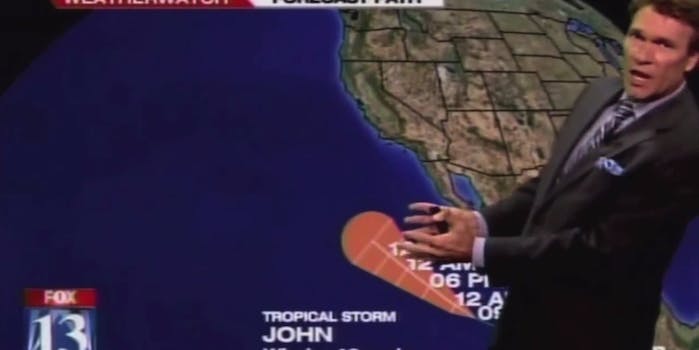 Weather forecasters are either having too much fun or not paying close enough attention.

Television newscasts are traditionally very routine and boring. Unless the anchors and reporters have something to spice up the broadcast, like a fake celebrity chef or weed-peddling soon-to-be-ex-employee, the hours just crawl on by at a snail’s pace. When this kind of monotony sets in, it’s very easy to overlook things like the sudden appearance of a penis.

Weather forecasters like to use the “TeleStrator” tool to highlight the projected paths of storms and other weather activity. Thanks to this utility, the number of inadvertently phallic weather trajectories seems to have swelled, leaving the forecasters in hairy situations, until finally it all explodes into a hilarious collection compiled by Jimmy Kimmel Live.