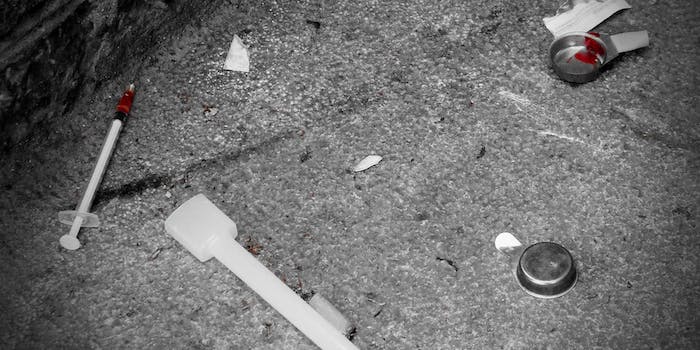 Steve Lloyd Sadler, the man accused of being heroin kingpin Nod, began cooperating with authorities after his home was raided in July.

One of Silk Road’s most celebrated dealers of black-tar heroin, cocaine, and methamphetamines has been cooperating with federal authorities for months, the Smoking Gun reports.

Steve Lloyd Sadler, 40, is allegedly the man behind the alias Nod, one of the Deep Web’s most successful narcotics dealers. Nod, who joined Silk Road on June 14, 2012, claimed at one point to be clearing $20,000 a month on cocaine sales alone. The Daily Dot reported extensively on his career and arrest earlier this month.

Nod’s downfall was aided by an informant who allowed police to buy heroin from him through her Silk Road account. The informant, who spoke with the Smoking Gun, helped the postal inspector navigate Silk Road and fund an account with bitcoins.

In September 2012, U.S. Post Office dogs were alerted to the scent of heroin on two express packages addressed for California and both allegedly from Sadler. The first package contained heroin. The second contained $3,200 in cash.

The $3,200 package was apparently addressed to Michael Shapiro, a 28-year-old from California who, until a month ago, worked as an ad operations manager for the National Football League in Culver City, the Smoking Gun reports.

Sadler began cooperating with authorities after his home in Bellevue, Wash., was raided on July 31, resulting in the seizure of heroin, cocaine, methamphetamine, a .45 caliber pistol, cash, and packing equipment.

Few details about Sadler’s cooperation with authorities are available, but it was made public earlier earlier this month at a court hearing in which Sadler and his girlfriend, Jenna White, were released on bail.  Sadler and White pleaded not guilty to felony charges last week.

Sadler also allegedly used heroin and methamphetamine in the 24 hours prior to his Oct. 2 arraignment.