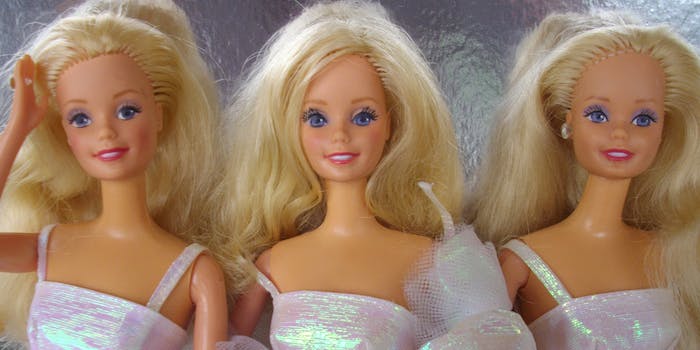 You probably didn’t know these 9 facts about Barbie

The 1970s version of Skipper is wrong on so many levels.

Do you know what Barbie‘s full name is? Did you know that there was once an Oreo Barbie?

In its latest YouTube offering, the clever BuzzfeedVideo serves up nine little-known facts about the Mattel Corporation’s hottest commodity, which marked its 55th successful year in 2014. The trivia ranges from which Barbie sold the most dolls to what current actress got her start in a 1980s Barbie commercial.

Barbie is often chastised for her anatomically impossible measurements, but that 1970s Skipper doll, with its growing bust and hips, takes the concept of incorrect proportions to a frightening new level.